The 2019 Summer Show was curated by Greville Worthington, Chair of Yorkshire Sculpture Park.

On the Sculpture Terrace: Clerestory by Nigel Hall RA

Clerestory (1989) is one of a number of sculptures that Nigel Hall made in the late 1980s and is named for the row of windows in a building above eye level to admit light or air. The juxtaposed ellipses and rectangles are a response to a visit he made to the Royal Palace in Seoul whilst working on a large sculpture for the 1988 Olympics.

Views seen through combinations of the four sides of Clerestory create complex and varied interactions. 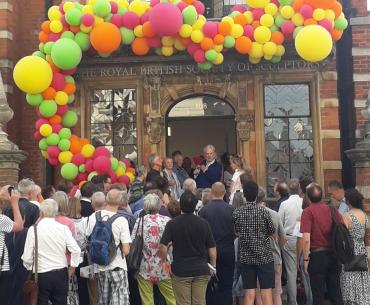 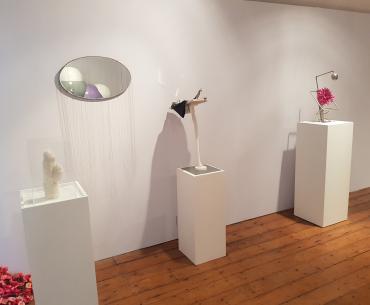 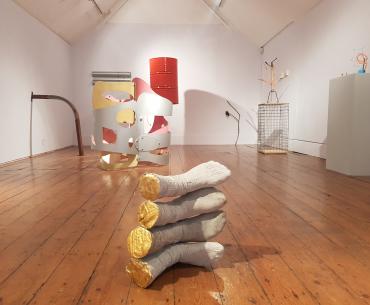 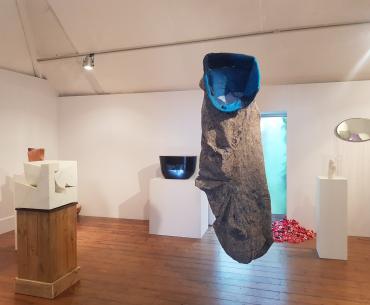 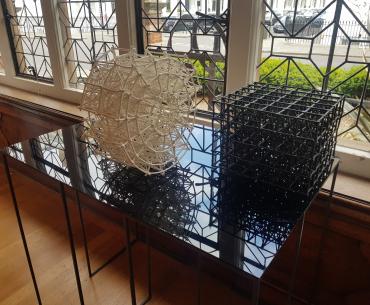 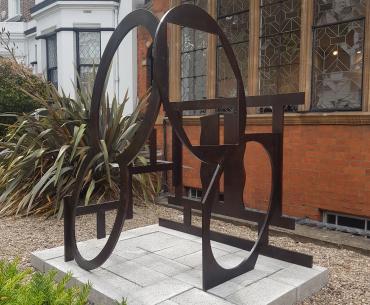 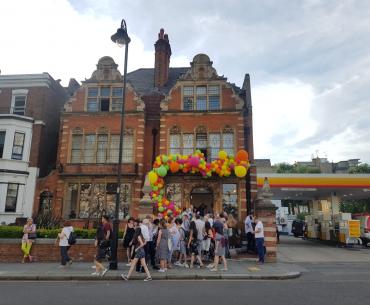 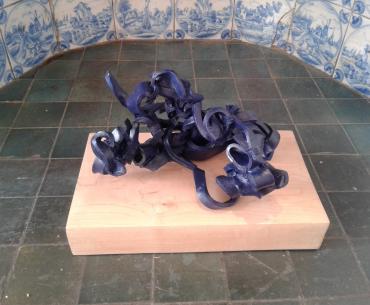 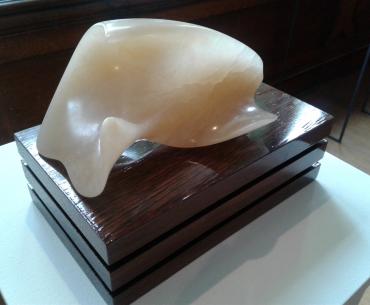 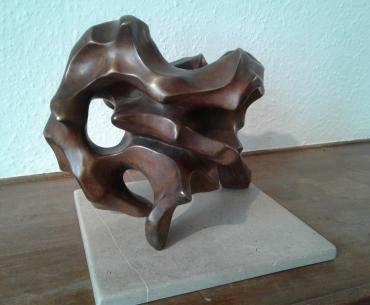