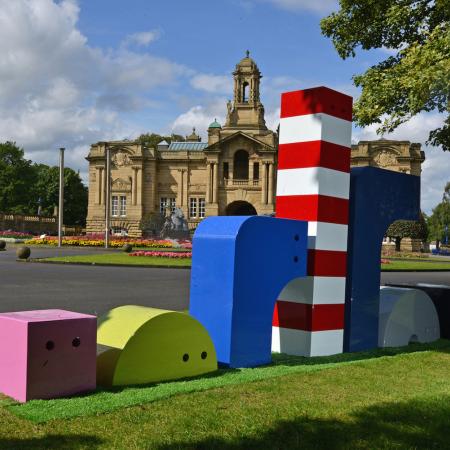 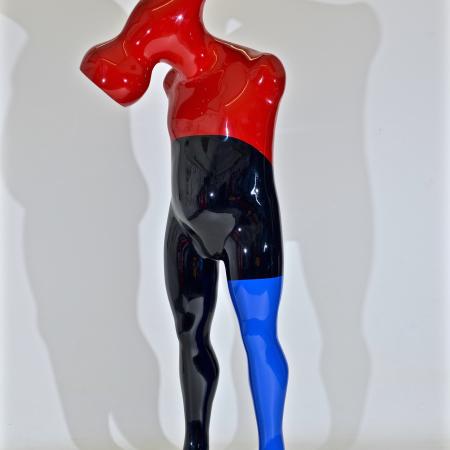 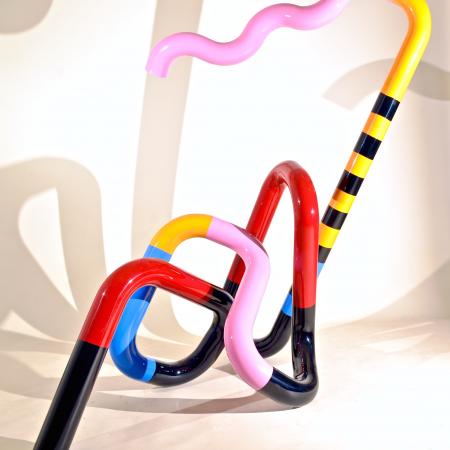 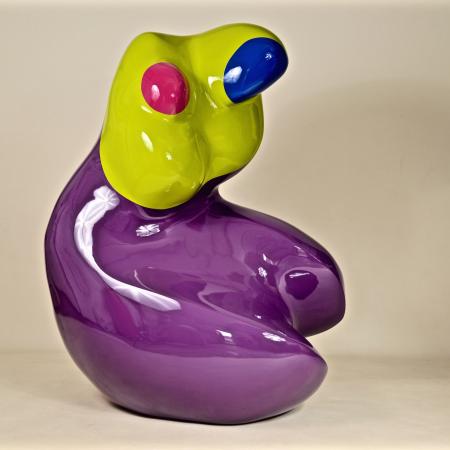 Graduating in 1997 with a first class BA degree with honors from Helwen University of Fine Arts in Cairo, Egyptian born sculptor Shendi creates joyfully coloured abstractions of the human figure which, with the subtlest of indicators, hints at the complexity of human interactions.

Winner of the FIRST@108 public art award 2013 at the Royal British Society of Sculptors, Shendi’s works references the work of “minimalism”, the style of paring-down design elements and focusing on the medium. Some of his works are deceptively simple in form but include the additional qualities of metaphorical associations and symbolism.

His works whittles down the human figure enabling the exploration of the idea of the human form as a vessel. The simplicity is no longer the end result and devoid of meaning but a revelation of a hidden truth and intellectual expression.

His candy-coated palette animates the archetypal themes he addresses in his work. With laconic titles his work is thematic both in subject and style and is clear to see pieces that group together in an exploration of an idea. Shendi always develops his creation around subjects, which are common, understandable, and important to all of us, no matter what our taste, age, or cultural background may be.

Recognising his work as both literally geometric forms and industrial materials but also with additional meaning in bringing back the idea of traditional academic sculpture of humanity and emotion, results in a distinctive blend of modernity and timelessness.