I have been a practicing sculptor for over twenty five years working with a range of materials including pre-coated steel and, for the last 15 years, in polyester resin and fibreglass. My work has developed from site-specific installations to large molecular-based objects and sculptures that can be rolled or spun.
Website
www.rogerclarke.net
Contact email
roger@rogerclarke.net
Contact telephone
07966156996
Discipline
Abstract
Architectural / Monumental / Relief
Conceptual
Installation / Land / Site-specific
Other
Material
Fiberglass/Plastic/Resin
Metal (other)
Mixed media
Steel
Region
South West 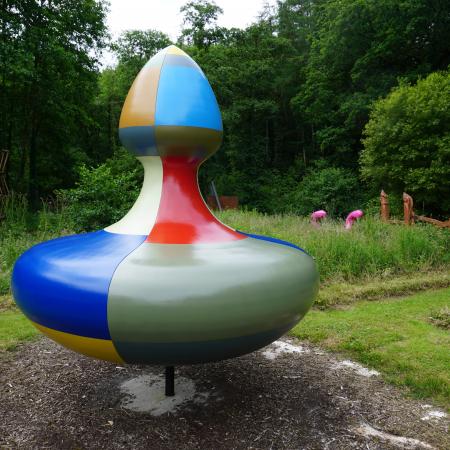 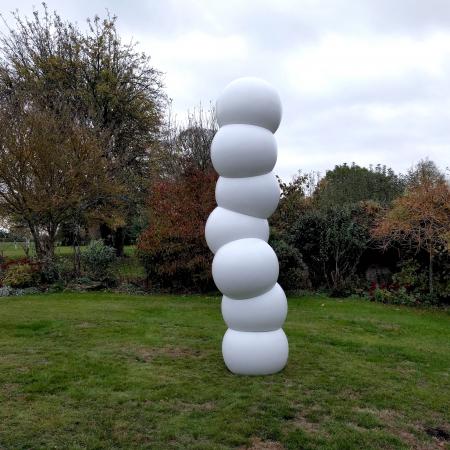 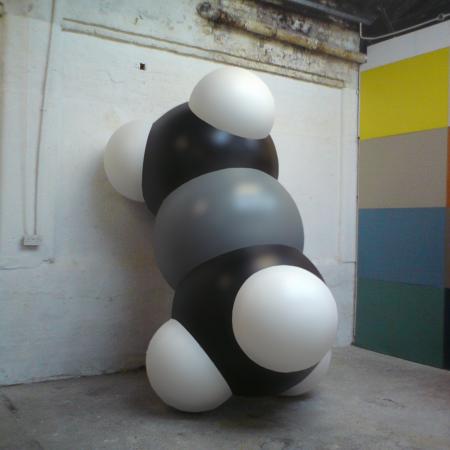 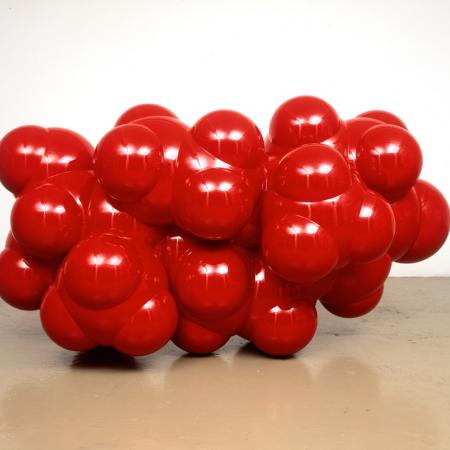 With the benefit of a year long Henry Moore Sculpture Fellowship at Winchester School of Art in 1991, I created a series of sculptures that were fabricated in steel, aluminium and predominantly perforated steel. These geometric forms sat securely on the floor or wall but shimmered as the viewer went past due to the moiré effect of the perforations. From 1996, I introduced bands of colour into my work to encourage the viewer’s eyes to travel along the sculptures.

Over the last few, I have produced a series of sculptures that, whilst based on existing molecular structures, are not presented as scientific models but can be viewed instead as anthropomorphs with many of the characteristics of Japanese anime figures. I have always had a fascination for the models and diagrams that have been produced by scientists to represent phenomena that are too large or too small to be seen or too complex to be explained.

Most recently, I have started on a series of sculptures that can be engaged with and activated by rolling or spinning them.