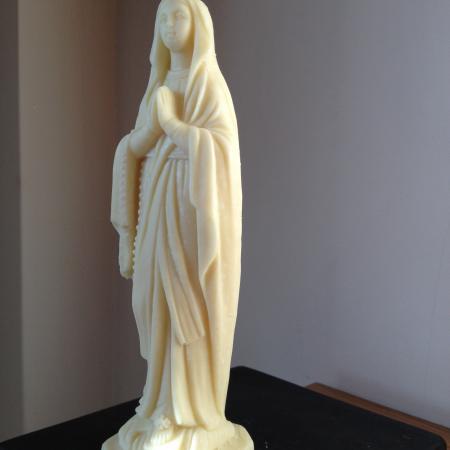 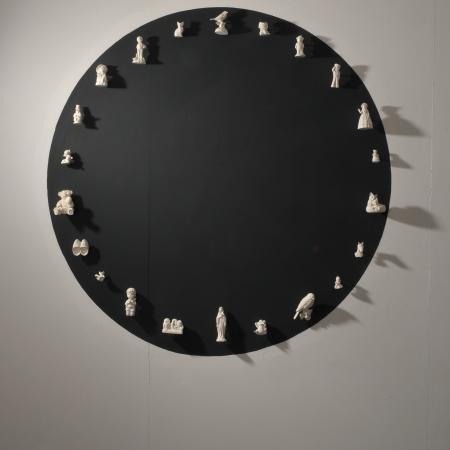 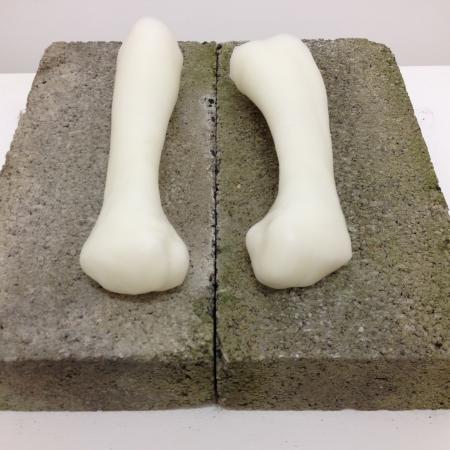 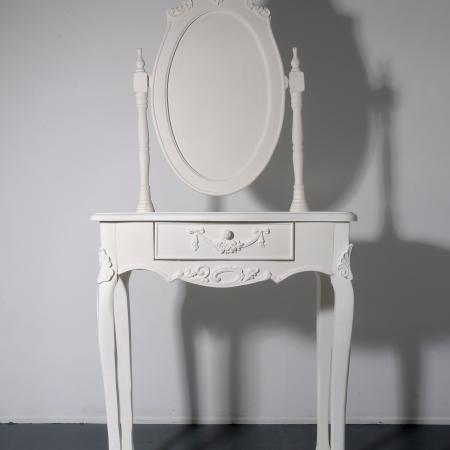 I look at how the role of the ‘mother’ has affected our ideas/ideals of femininity both in terms of the patriarchal church and of our perceptions/expectations of motherhood in western culture.

Notions of memory are also explored through the collection and then casting of lost or discarded personal objects and memorabilia, found in charity and bric-a-brac shops.  This process allows me to identify a collective and cultural identity that express’ emotions of loss and remembrance and to explore the tenacious relationship we have with our own mortality.  By casting the objects in white plaster I can create a more universal ‘momenti mori’, the former marks of wear and paint are lost, leaving only a memory of it’s former self.

My focus is on creating an interplay between memory and surrealism, between fiction and dream, a point at which personal histories become collective identities and the relationship between beauty and death can be explored.

There is an anthropological element to the works.  I want to understand and to reconcile.  To create something of beauty with an underbelly of darkness and truth,  knowing that nothing remains the same.