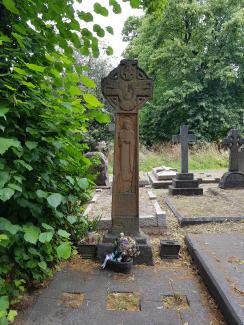 Eva Dorothy Allan FRBS (1892-1996) changed her name to Julian Phelps Allan around 1929. Sources vary as to the explanation for this name change, and reasons suggested vary from wanting to be taken more seriously professionally; wanting to assert her identity publicly as a lesbian; or naming herself after Julian of Norwich.

Allan enjoyed a long career, winning many commissions including the gravestone of WSPU leader Emmeline Pankhurst (1858-1928), in London’s Brompton cemetery. Remarkably, she received this commission as a recent graduate.

After serving in the First World War, Allan attended Westminster Art School and then the Royal Academy Schools, winning a Gold Medal. Upon leaving art school, she found that “no studio or workshop would admit a woman”, and she struggled to gain the skills she required. Allan became an Associate of the Royal Society of Sculptors in 1938 and a Fellow in 1948 and is mentioned often in the Society’s archive – always as ‘Miss Julian Allan’. 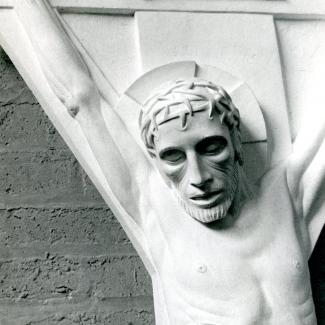