Losing Venus is a solo show at the Pitt Rivers Museum, Oxford. It starts with Captain Cook's journey to map the Transit of Venus on his way to Australia. Through a series of interventions in the museum, the exhibition explores the historic and contemporary impact of colonisation on LGBTQ+ lives across the former British Empire.

From 1860 onwards, the British Empire criminalized male-to-male relations, and the legacy of these legal codes lives on.  As a response to these colonial gender laws, Losing Venus makes queer lives physically manifest within the museum, exploring why when we know so much about the objects people used, we know so little about who and how they loved.

The exhibition highlights contemporary discrimination, which is still affecting the lives of many around the world, within, and responding to, one of the cultural centres of the country which exported homophobic legislation. 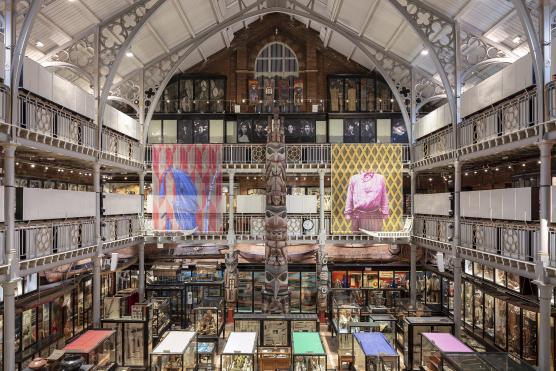