The Royal Society of Sculptors has grown substantially since it was first founded in 1905, going from a membership of 51 to almost 700. The majority of our members make a lifetime commitment to the Society, and we are delighted to celebrate Fellows who have been with us for 50 years!

John Huggins FRSS is a British sculptor born in 1938 in Wiltshire. Huggins' grandfather was a sign painter and his father an architect who was also a talented Sunday painter and, while both understood quality in form and colour, they found his early work "puzzling". Nevertheless, they were generous and supported his desire to attend art school.

Huggins studied at the West of England College of Art where he was taught by Ernest Pascoe, Ralph Brown RA, Bob Clatworthy and John Hoskin. He later became a visiting lecturer at Bristol Polytechnic and Bath Academy of Art.

Huggins has fond memories of his time at college in particular Ralph Brown's advice who once told him "if [a sculptor] is what you have to be, then so be it. Your own determination is all that matters". Brown later wrote the introduction to Huggins' biography.

Before turning thirty, Huggins was taken on by West End's Alwin Gallery, a gallery Huggins remembers being "very flashy and commercial with a firm direction" which he enjoyed for a number of years. Taking substantial loans to cast his first show, he was rewarded by the positive reception to his work which, he recalls, allowed him to buy Richard Hamilton's Porsche. 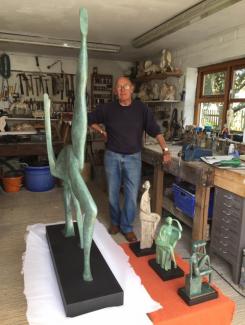 John Huggins FRSS in his studio, 2020

Huggins never felt the need to work or live in London preferring the company of like-minded artists that he found in the West Country or as he puts it "a nice studio, honest friends and good surf". In 1982 he relocated to Berkeley, Gloucestershire and converted a coach house and stables to accommodate a larger studio and set up a foundry.

One of Huggins best known works, and his personal favourite, is "Classic Flight" a bronze sculpture commissioned by Bristol University and unveiled by Dorothy Hodgkin in 1978. 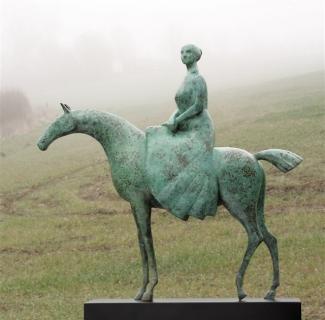 "The figure, in whole or fragment, is paramount throughout the current sculpture of John Huggins. The most complete and subtle subject object in nature, the human figure reminds us that sculpture, though closer than painting can ever be to architecture, is an inherently human form of art. The relationship of the observer to sculpture becomes a function of scale and the dynamics of perception through both time and space.

These sculptures carry a stylisation that is the product of formal investigation into how simple anatomical shapes can be unified into powerful and rhythmic configurations. As a result the bronzes have the weight, solidity and fleeting arabesques of post - cubist art where the planar and curvilinear are slotted together. We are being shown the expressive versatility of sculpture both as a formal and emotional experience." 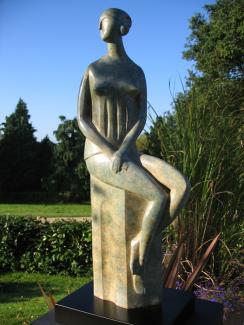 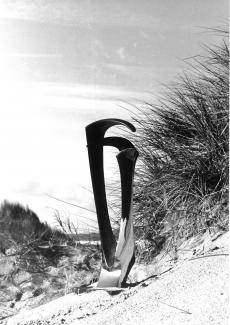 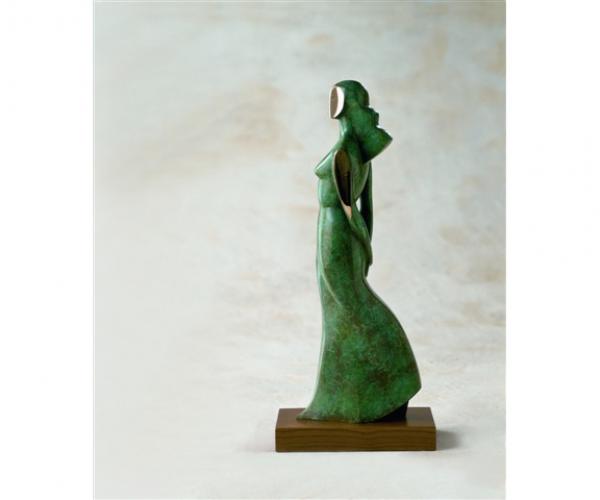 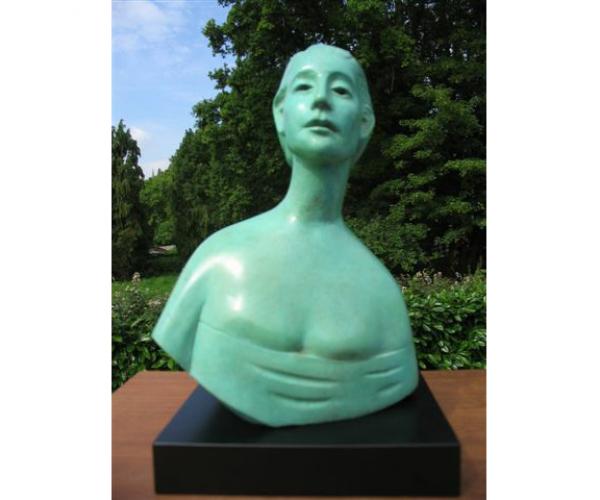 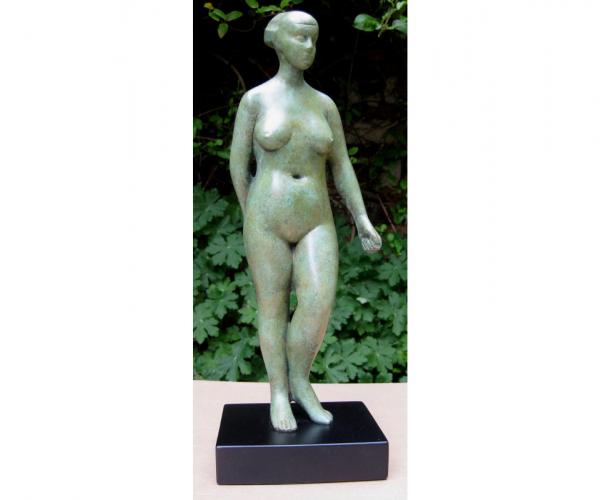 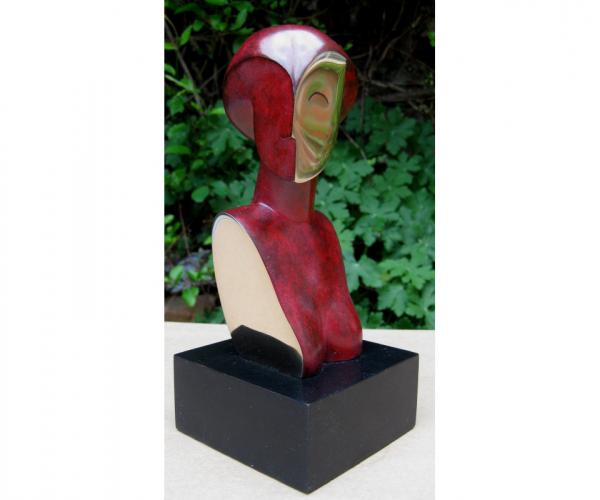 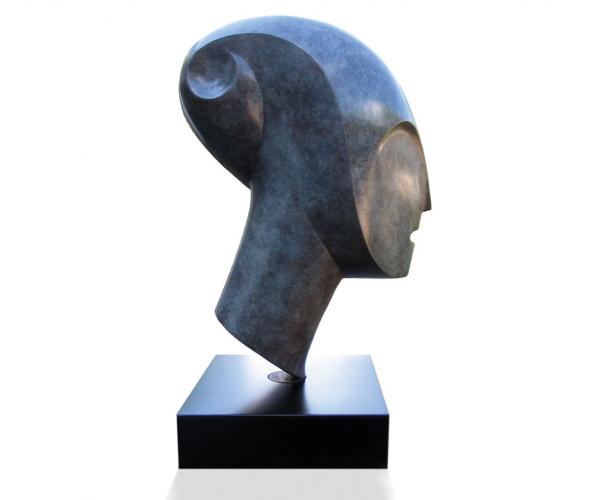 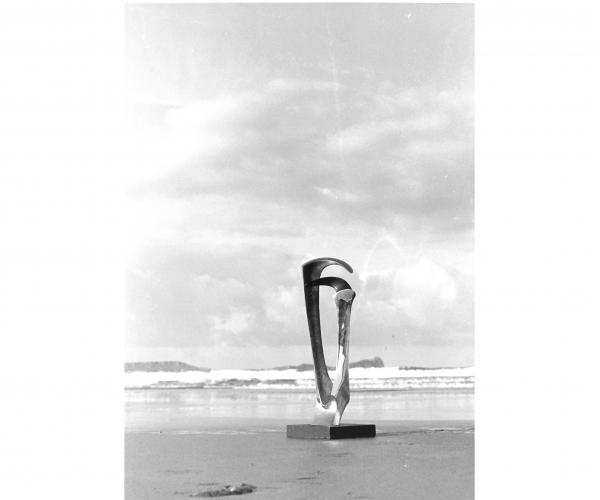 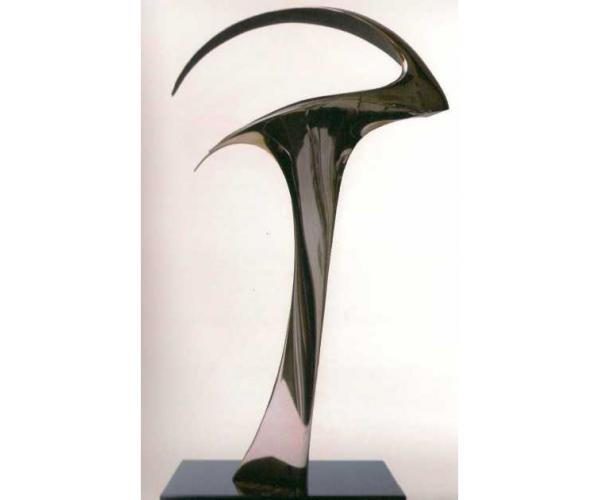 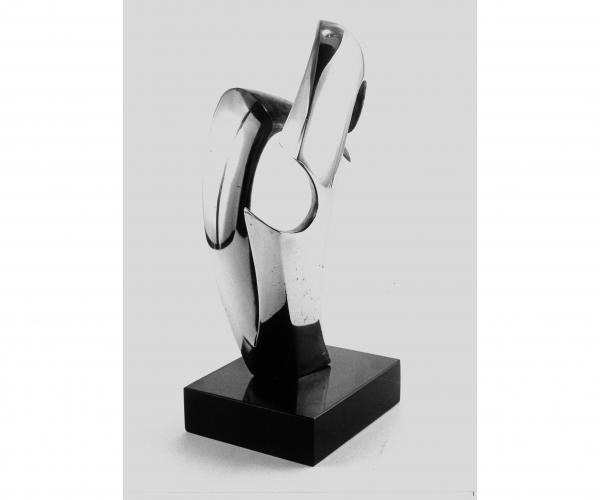