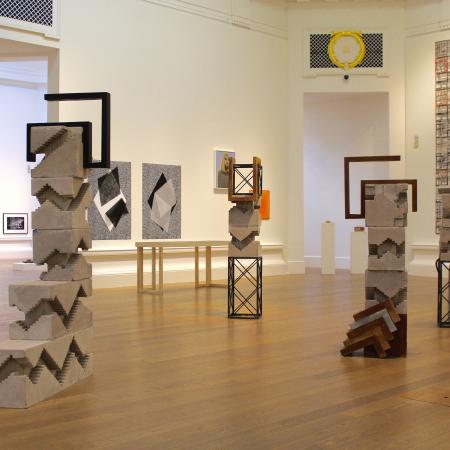 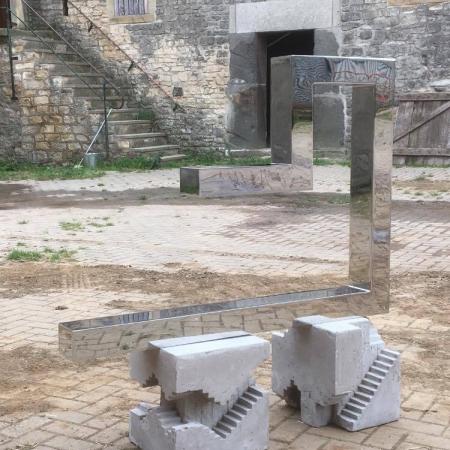 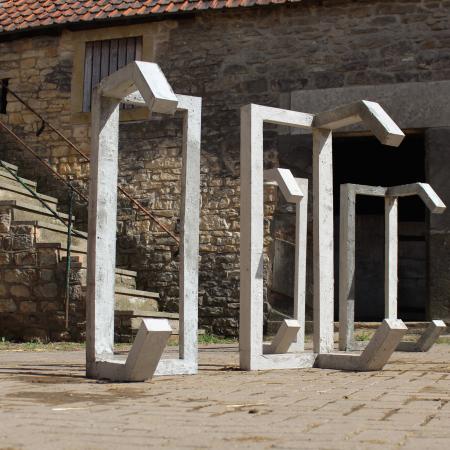 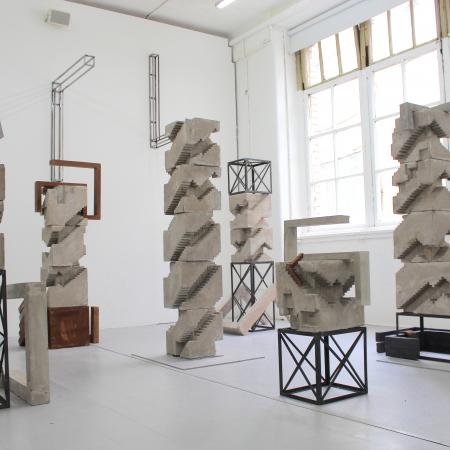 My practice is a constant exploration of repetition, process and formation. Often these works explore the boundary between sculpture and architecture. Making a dialog between the two practices.

I am interested in objects that engage the viewer in a bodily way, meaning I am interested objects that are of a large scale and or complex in there design. Influence has come from the architectural styles of Modernism and Brutalism. These buildings produce powerful, dominant, minimalist forms that can be visually interesting, especially from an artist point of view, with there repetitive mundane shapes becoming complex through repetition building up a complex shape.

Using repetitive shapes and forms I build up a large form that has geometry and linear values. Often these works are made from concrete.  This means that the works look as if they could have existed for a long time and could exist for a long time. Using concrete asks questions about the relationship of architecture and sculpture. The mundane colour of the material allows the viewer can pay more attention to the form and structure of the work. The works almost appropriate different architectural and other functional objects and combine them together to create a hybrid.

Making on a large scale means that the viewer can have a bodily interaction with the work. I feel this is important when making work in relation architectural interventions. Being of a large scale often means exhibiting the work outside and work site specifically. It is interesting to see how sculpture inspired by architecture responds to buildings of varying architectural styles. Because of this constant exploration of form, material and location, one artwork makes the next with one sculpture inspiring the next.

While my work may look similar to some architectural forms, I am making something purely visual with no function, and with a conceptual framework that only art can have. The material, scale, form and location give my work its context and narrative, separating it from pure architecture. I believe my own artwork describes visual relationships; it is a way for me to make sense of architecture and its aesthetic values. It is a way of trying to understand abstract relationships. The difference between sculpture and architecture in my work is that architecture is the influence of my sculptural forms. The work is purely visual, with no function, but with a narrative and concept a building cannot have.