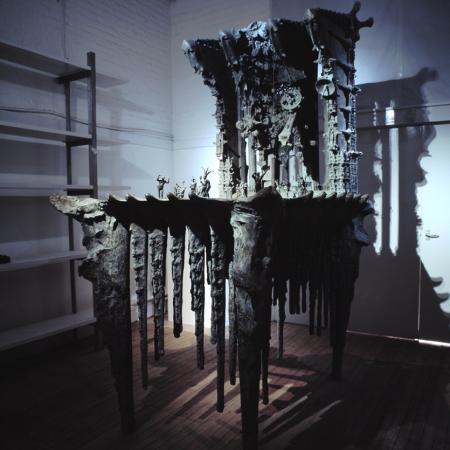 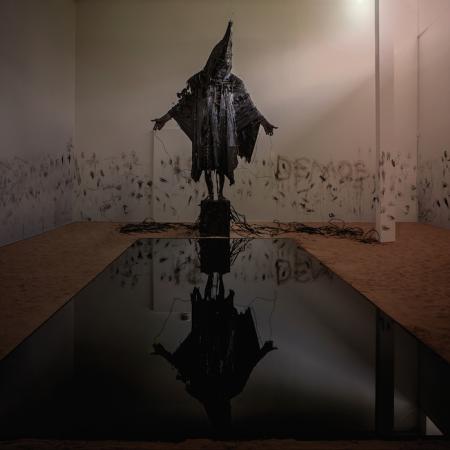 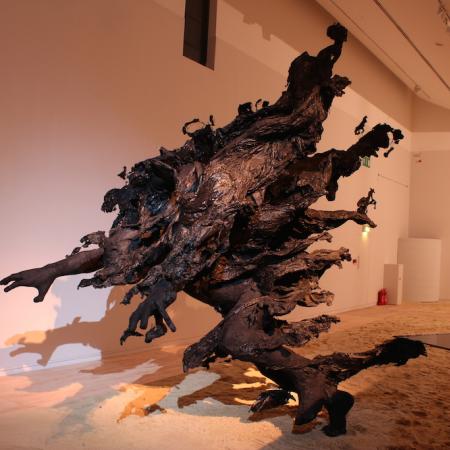 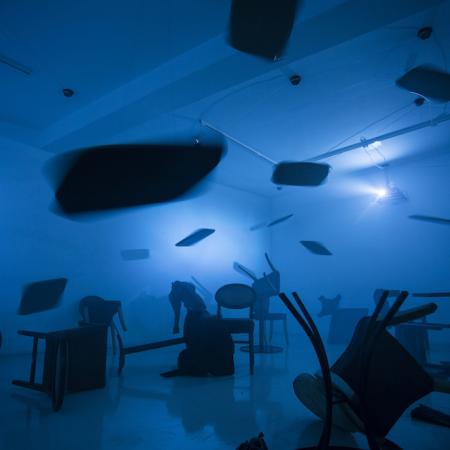 Tim Shaw's work often examines themes of conflict and ritual while evoking mythical and metaphysical worlds. Working across a range of different mediums and scales, he produces both single entities and large scale immersive installations. Dealing with primordial human instincts these works are timeless in quality and relate both ancient and modern humanity.

Shaw was elected to The Royal Academy of Arts in 2013 has exhibited in the Summer Exhibition annually. He also won the prestigious Jack Goldhill Award for Sculpture at The Royal Academy of Arts Summer Exhibition in 2015, the Mullan Prize at the Royal Ulster Academy, and a Kenneth Armitage Fellowship, which allowed him to spend two and a half years living and working in the late sculptor’s London studio.

He has undertaken international residencies in Greece, Spain and Ireland, and in 2015 was awarded the George Schimmel Fellowship at the Käte Hamburger Center for Advanced Study in the Humanities of Law as Culture in Bonn, Germany.

Shaw has executed a number of major commissions, including The Rites of Dionysus for the Eden Project, Cornwall, The Minotaur for the Royal Opera House, London, The Green Man for Antony House near Plymouth and The Drummer, which stands in Lemon Quay, Truro.

A more political side to his work is evident in a number of sculptures responding to issues such as terrorism and the war in Iraq such as Tank on Fire which was awarded the selectors’ choice Threadneedle prize in 2008, and the deeply affecting installation Casting a Dark Democracy.

Shaw has presented a number of major exhibitions throughout the UK, Ireland and internationally. Mother the Air is Blue, The Air is Dangerous at the F.E McWilliam Gallery in Northern Ireland, Black Smoke Rising toured from Mac Birmingham to Aberystwyth Arts Centre and with the Royal West of England Academy in Fire: Flashes To Ashes In British Art 1962 – 2019.

His most significant international solo exhibition to date was hosted at San Diego Museum Of Art (October 2018 to February 2019). Beyond Reason included six immersive large-scale installations, exploring themes of global terrorism, freedom of speech, abuse of power and artificial intelligence. The exhibition opened to critical acclaim and was listed by Artnet as one of the top museum exhibitions worth traveling for in the US.