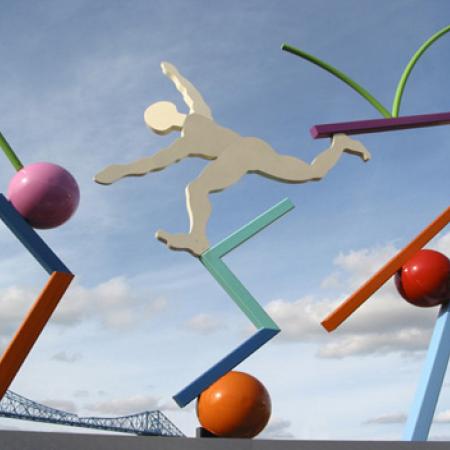 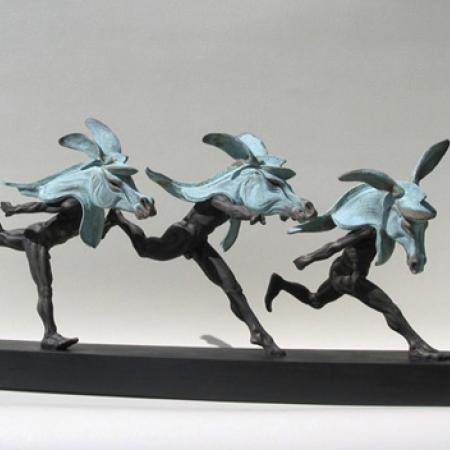 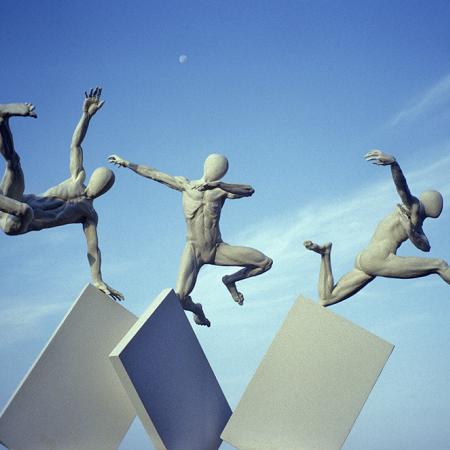 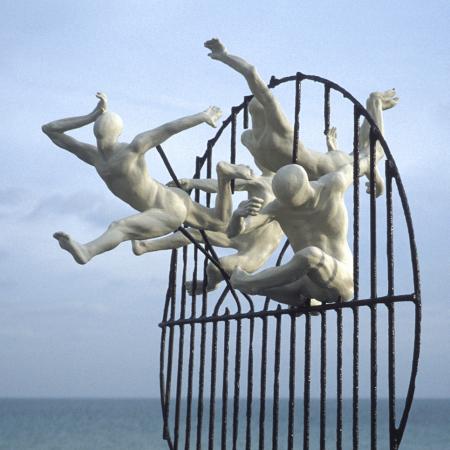 Flight of the Langoustine (maquette for life-size Bronze)

Pierre Diamantopoulo’s sculptures are generally, one-offs. His gallery work often showcases original maquettes in stoneware and steel, intended for full-scale sculptures - designed for the public realm. These can be focused on balance and movement and improbable spatial compositions that apparently defy gravity – created through optical illusion. They are, at once, profound, laconic, frivolous, and boisterous. The other strand of his practice is, in the main, allegorical, where human form and animal life are elegantly mixed with dark foolery. He has featured in The Cass Sculpture Foundation’s New Concept Gallery for Monumental Art since 2001 and has been invited to exhibit in the Twenty-First Century British Sculpture Exhibition at the Peggy Guggenheim Collection in Venice, in 2002. In 2007, he was commissioned, with the assistance of the Arts Council England to create a monumental work in steel, spanning 22 metres, as part of the Tees Valley Regeneration programme. Pierre is currently working on a monumental bronze sculpture for the Hove Plinth on the UK South coast, titled "Flight of the Langoustine", involving four life-size figures.