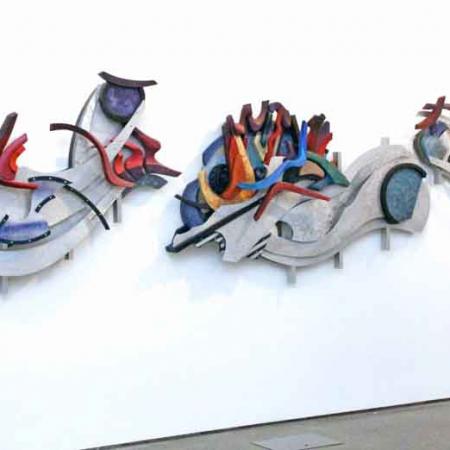 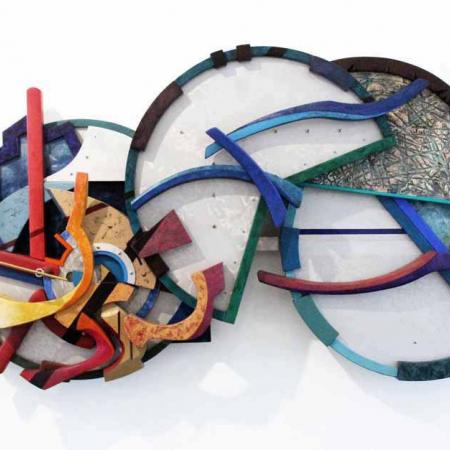 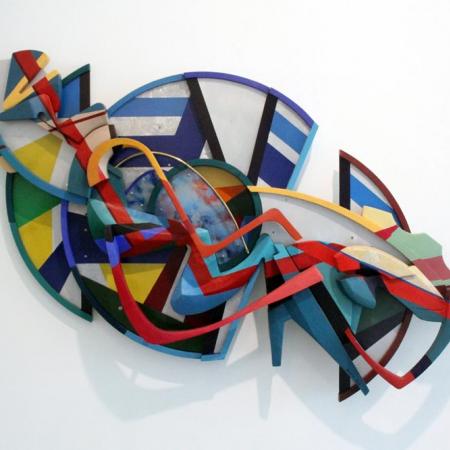 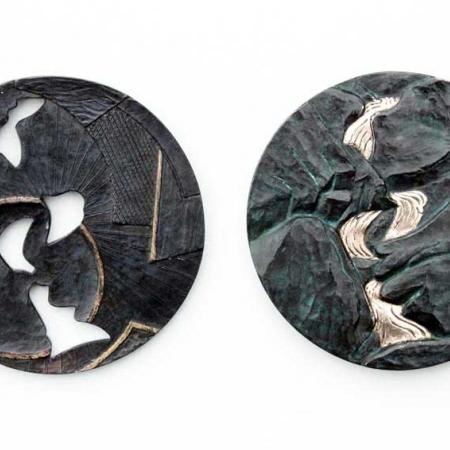 Driven by reactions to encounters with the landscape and nature, the work is also underpinned by questions about the many-layered relationship between ourselves and the natural world. However, the meaning of all the work lies in its presence, not illusion, expressing a sense of the physical world in a vibrant abstract language without replicating reality, creating a kind of personal geology that alludes to and celebrates the dynamics of nature rather than merely depicting it. The use of assemblage brings reference, history and more tangential associations.

The majority of his practice is studio based for exhibition, though he also undertakes commissions, landscape design and public artwork projects.

Since 2002 he was professor of Design at Nagoya University of Arts in Japan, exhibiting widely with solo shows in Nagoya and Tokyo as well as contributing to major national opens like the Toyota Triennale. More recently he has held several major shows in the UK and Ireland.