Nicola Godden works in clay or plaster for casting in bronze. Some of her most recent work is based on Icarus and flight. The first Icarus was displayed at The Olympic Village in 2012. There are 11 Icarus sculptures in the series so far. Nicola's more abstract work is derived from pieces of bone and flint.
Website
www.nicolagodden.com
Contact email
nicolagodden@aol.com
Contact telephone
01252 795547
Discipline
Abstract
Architectural/Monumental/Relief
Figurative/Realism
Installation/Land/Site-specific
Material
Bronze
Region
South East 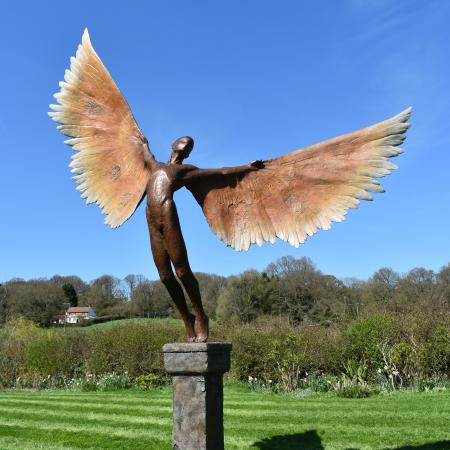 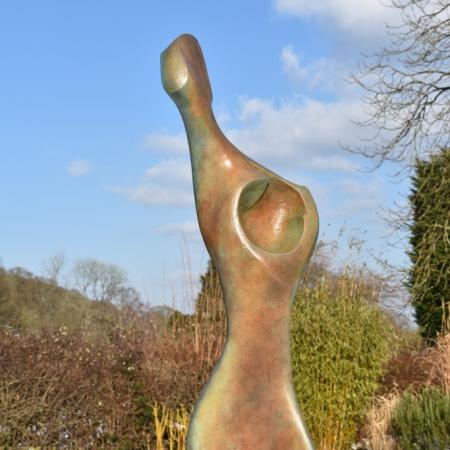 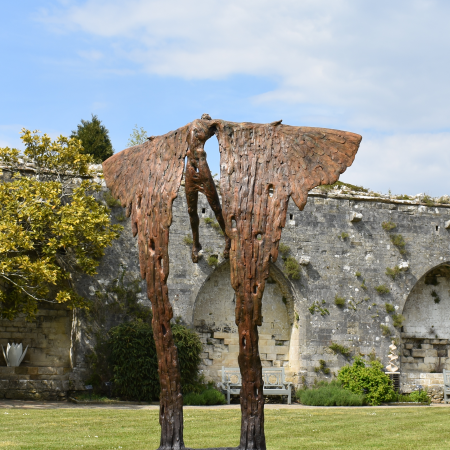 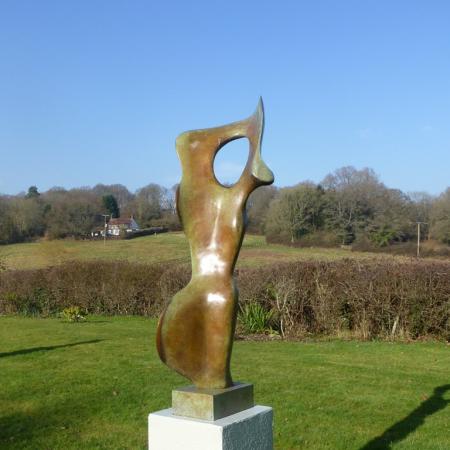 The sculpture of Icarus was at the Olympic Village in 2012. It stood at 3.5 meters high; Icarus sold at a Sotheby's auction. Icarus is one of Nicola's current series, there are 11 in the Icarus series. She has also been working on ideas from pieces of bone and flint to make more abstracted artwork.  More work can be seen on Nicola's website.

Nicola has had over 30 years experience as a sculptor working in plaster and clay for bronze casting. Over the years she has worked on many site specific public works with property companies and other organisations; her most well known was the Icarus sculpture for the Olympic Village in London 2012. The bulk of her work has been private work of various sizes exhibited in galleries in the U.K, Channel Islands, Ireland and America. Nicola’s work is nearly always based on the human figure whether in an abstract from or in a realistic way.