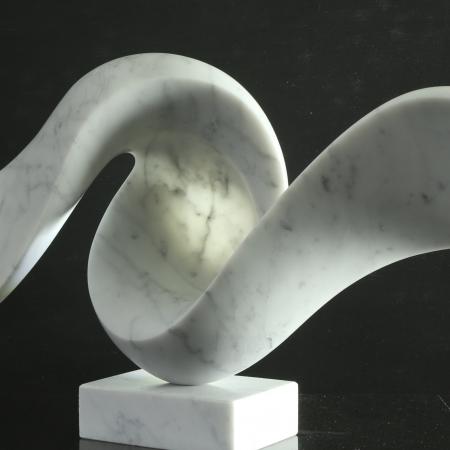 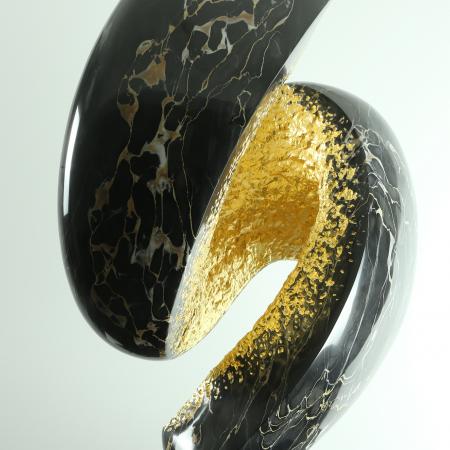 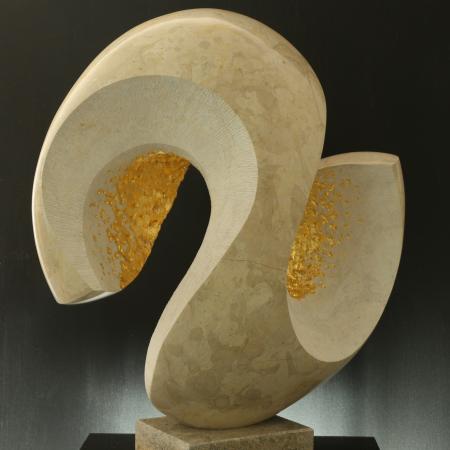 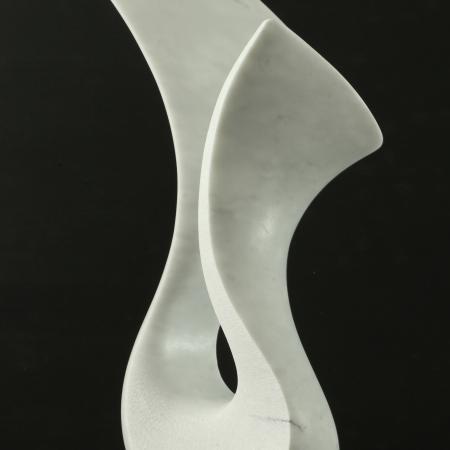 After studying sculpture at Loughborough University, Michael went on to study stone masonry and gained a job as a stone carver and mason at Lincoln Cathedral.

The professional skills that he has acquired over the years have given him a deep knowledge and affinity of the technical side of the stone that he works so beautifully with.

The architectural influence of his working environment is apparent in his geometric sculptures.

The idea that a form develops and grows from within a hard casing to burst forth and reveal a new appearance is paramount in his thought process. He unbalances the original and juxtaposing taut polished geometric forms against roughly textured organic shapes that emerge from within.

His more recent work illustrates his new investigation into using light. Either using the simple act of gilding to reflect or accentuate light or create a glow that exudes from the centre of the stone's otherwise shadowed area.