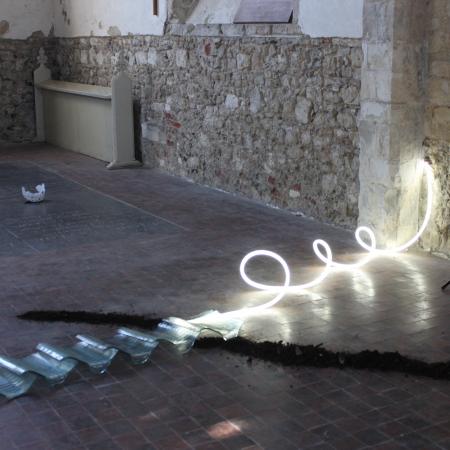 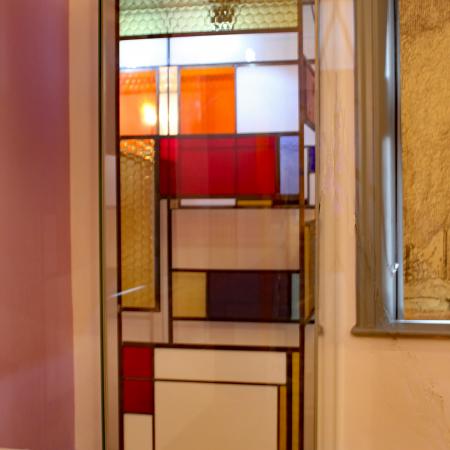 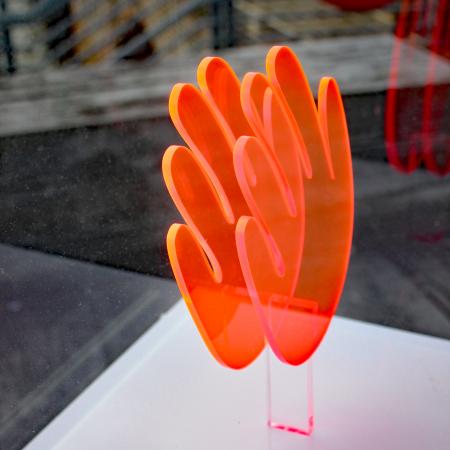 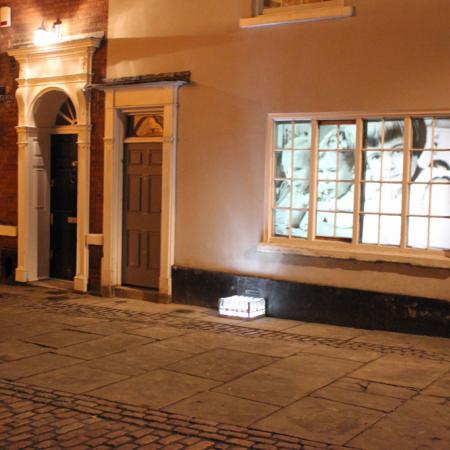 The Milk of Human Kindness 2017

During a career in arts administration I worked with many artists in diverse contexts: touring theatre companies, university departments, EU projects and in the Arts Council of England. It was whilst working in Liverpool during its year as European Capital of Culture in 2008 that I decided to focus exclusively on my own artistic practice. Since then I have exhibited, attended residencies, completed an MA in Fine Art and was awarded the Ashurst Emerging Sculptor Prize in 2016.

Using found objects and recycled materials, I respond to a specific site, place or context. Reclaimed materials often retain the scars of their time, of use and abuse but they can be given a new energy charge when reframed, in a different context. I sometimes combine these with materials considered to have more value or impact, such as stained glass or neon light to contrast what is valued with what is discarded.

The physical act of making is a renegotiation, a way of thinking, of reading the world and being more fully in it, and of bearing witness to my time and place. Keywords: