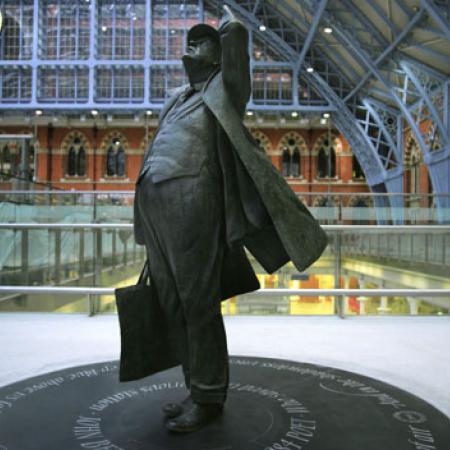 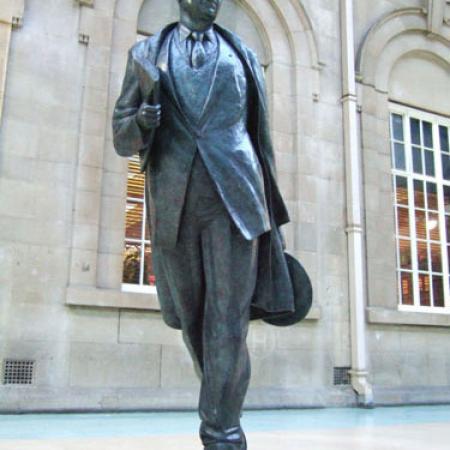 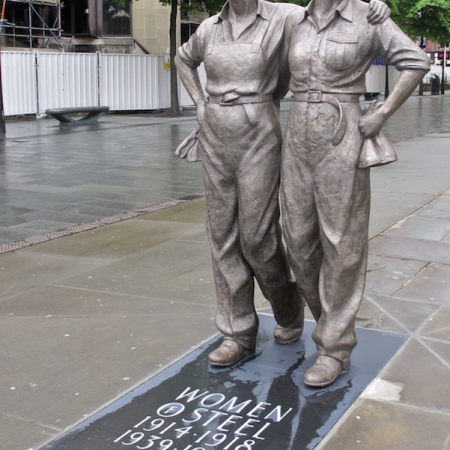 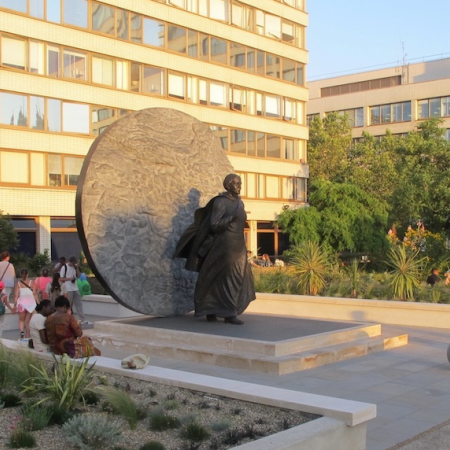 He has been commissioned by the National Portrait Gallery, St Paul's Cathedral, the Palace of Westminster, the University of Oxford and many other national institutions. His subjects include prominent figures from the worlds of politics, the military, royalty, academia, literature, industry, medicine and the law. The National Portrait Gallery owns three of his portrait sculptures, bronzes of Sir Edward Heath and Philip Pullman and a portrait in sterling silver of Lord Bingham.
Jennings's statue of John Betjeman at St Pancras Station is now a celebrated London landmark. Further statues of writers include Philip Larkin in Hull, Charles Dickens in Portsmouth and George Orwell at BBC Broadcasting House in London. Notable among others are his sculptures of medical figures, the surgeon Archibald McIndoe in East Grinstead and Crimean War nurse Mary Seacole at St Thomas' Hospital in London. In 2017 his statue 'Women of Steel' in Sheffield received the national award for public sculpture, the PMSA Marsh Award.
Martin Jennings lives and works in Oxford.