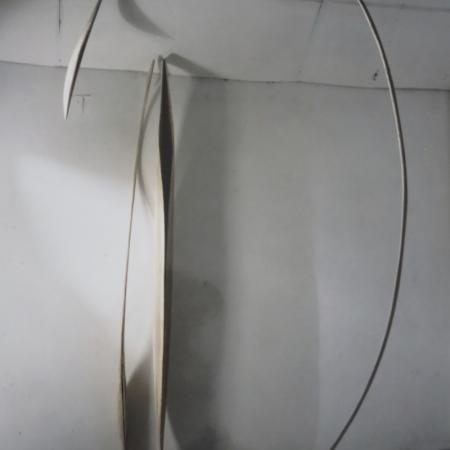 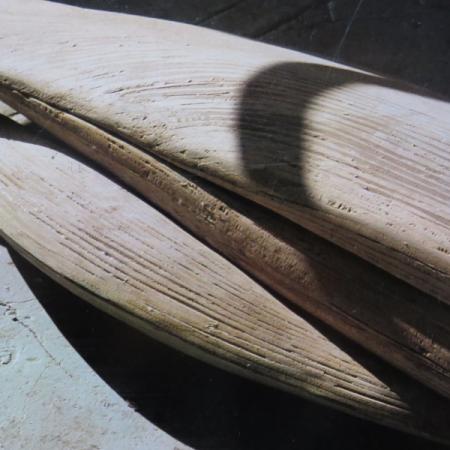 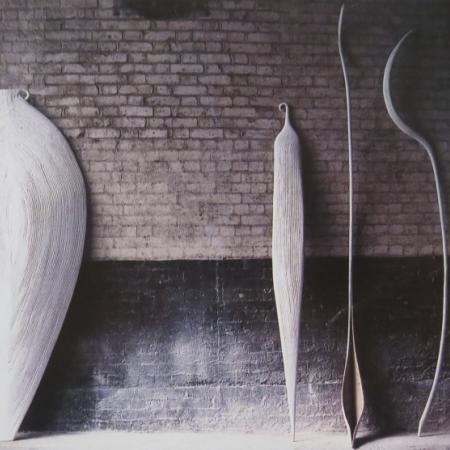 Lucy Le Feuvre studied at Newcastle and then the Royal Academy Schools. She was a guest student at Vestlandets Kunstakademi, Bergen, Norway for two years and for one year studied at the Ecole d’Art de Marseille Luminy, France. She has been the recipient of numerous awards and scholarships including a one-year studio residency in New York City and was also the recipient of a Pollock-Krasner Foundation award and a two-year Delfina studio residency in London. Le Feuvre has exhibited extensively in Britain, Norway and the USA. She is currently working on commissions for both private collections and public art consultancies.

Through laminating wood, Lucy Le Feuvre’s work explores the power of objects and artefacts, the aesthetic sensual pleasure of layering and refining surface, notions of utility, scale and form. Significant influences include the vast canyon landscapes of  Utah and Arizona and the Fjords of the west coast of Norway; medical museums, such as the Royal College of Physicians and the Mutter museum; and agricultural and hand-made tools and instruments.