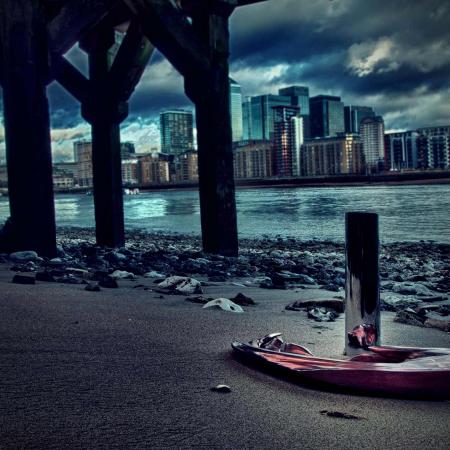 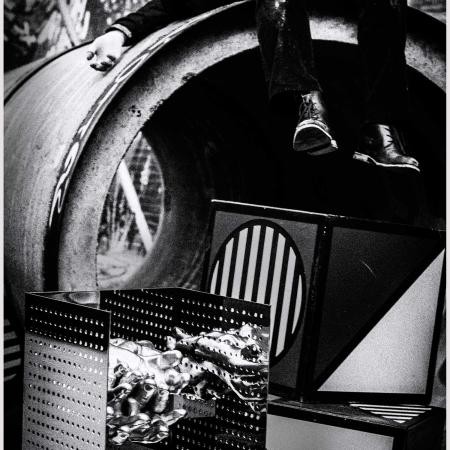 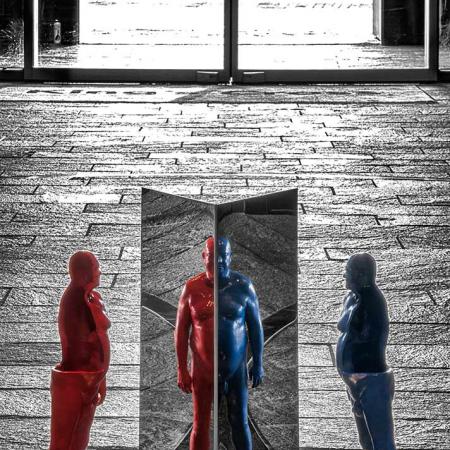 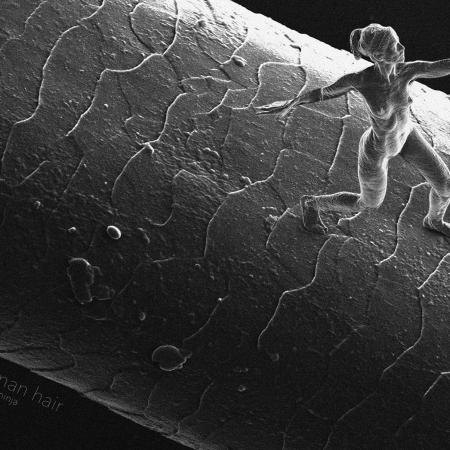 Hurwitz's work focuses on the aesthetics of art in the context of human perception. Hurwitz's early body of sculpture was first written about by art critic Estelle Lovatt in early 2011 in an article for Art of England Magazine: "Thinning the divide gap between art and science, Hurwitz is cognisant of the two being holistically co-joined in the same way as we are naturally, comfortably split between our spiritual and operational self".

Until late 2008 Hurwitz had never produced any sculpture. In 2009 his first sculpture 'Yoda and the Anamorph' won the People’s Choice award in the Maidstone Museum and Art Gallery Bentliff Prize.[6] Later in 2009 he won the Noble Sculpture Prize and was commissioned to install his first large scale work (a nude study of his father called 'Dietro di me') in the Italian medieval village Colletta di Castelbianco. In 2010 he was selected as a finalist for the 4th International Arte Laguna Prize in Venice, Italy.

In January 2013 Hurwitz's anamorphic work was discovered by the art blogger Christopher Jobson and within days of being posted had gone viral on the internet. In a short documentary about Hurwitz's "Generation Pi" philosophy by Vera Productions it is estimated that the sculpture received 20 million views online in the space of a few weeks.

In early 2013 Hurwitz was introduced to the Savoy Hotel by London art agent Sally Vaughan. Hurwitz was commissioned to be Artist in Residence at the hotel and produce a sculpture of the hotel’s historically iconic Mascot Kaspar the Cat. Hurwitz lived for several months in the hotel producing the sculpture. Previously children's book laureate Michael Morpurgo was artist in residence producing his novel “Kaspar: Prince of Cats”.

In the same year Hurwitz was also nominated for the Threadneedle Prize and exhibited a collection at the Institute of Contemporary Arts in London. By late 2013, in a special edition of Art of England on portraiture, Hurwitz was cited as the #1 portrait artist in the UK. In January 2014 Hurwitz was voted #46 in the top 100 artists of 2013 by the American art site, Empty Kingdom. In the same month, Hurwitz's anamorphic work was blogged as "The best of 2013" by the American Art and Culture magazine, Juxtapoz. In 2013 Hurwitz's work was also curated by Science Gallery International for a touring group show entitled ‘Illusion’ curated by the by Trinity College Dublin. The show presents a collection of installation artworks from around the world that affect human perception. The exhibition led to a 2014/2015 tour in the USA where it attracted over 170,000 visitors.

In late 2014 he released a series of “nano sculptures” under the title of ″Trust″. The works were seen by an estimated 20 million people. This series of works captured the attentions of both the scientific and art community, being cited by among others, Nature, Scientific American, Popular Science and Phys.org.

In 2015 Hurwitz was elected a member of the Royal British Society of Sculptors.
Browse others members