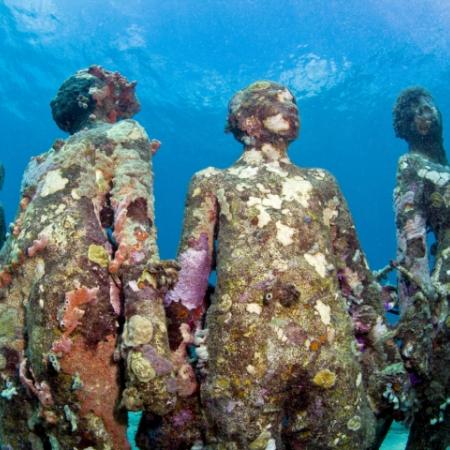 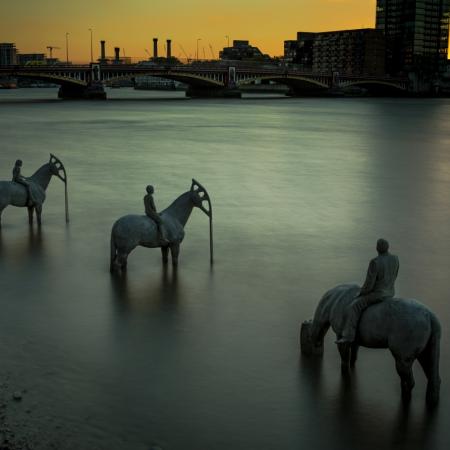 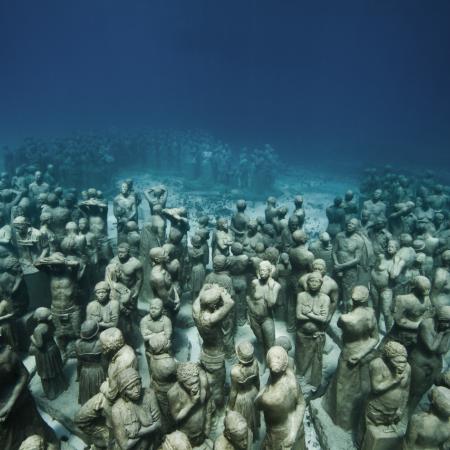 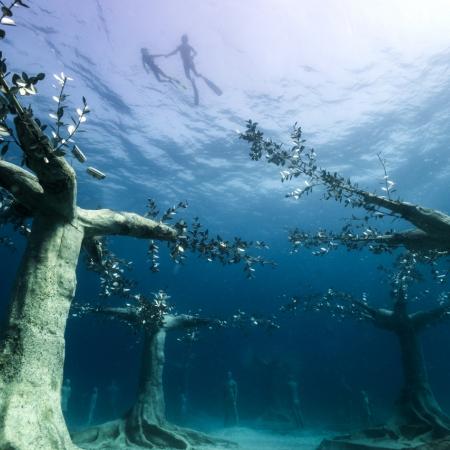 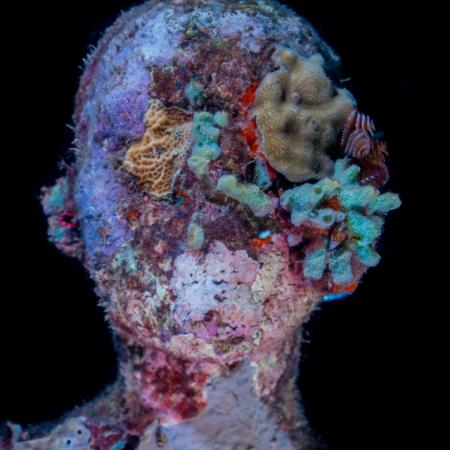 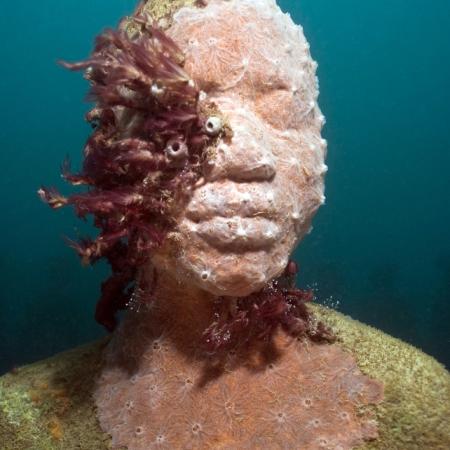 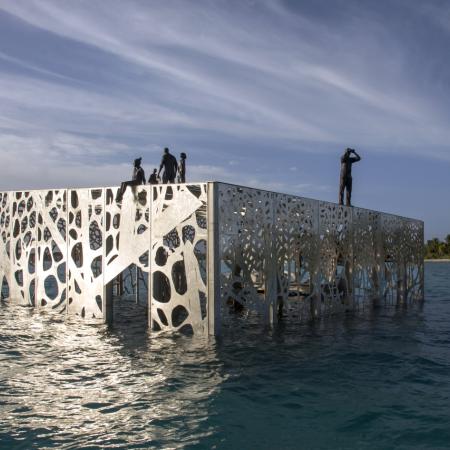 Jason deCaires Taylor is a sculptor, environmentalist and professional underwater photographer. Born in 1974 to an English father and Guyanese mother, Taylor graduated from the London Institute of Arts in 1998 with a BA Honours in Sculpture.

A prolific sculptor, he became the first of a new generation of artists to shift the concepts of the Land art movement into the realm of the marine environment. He gained international notoriety in 2006 with the creation of the world’s first underwater sculpture park, situated off the west coast of Grenada in the West Indies. Now listed as one of the Top 25 Wonders of the World by National Geographic the park was instrumental in the government declaring the site a National Marine Protected Area. This was followed in 2009 when he co-founded MUSA (Museo Subacuático de Arte), a vast collection of over 500 of his sculptural works, installed between Cancun and Isla Mujeres in Mexico.

Other major projects include Museo Atlantico (2016), a collection over 300 submerged sculptures and architectural forms in Lanzarote, Spain, the first of its kind in European waters. The Rising Tide (2016 Thames London) and Ocean Atlas a monumental 60-ton single sculpture located in the Bahamas.

The works are constructed using pH neutral materials to instigate natural growth and the subsequent changes intended to explore the aesthetics of decay, rebirth and metamorphosis. His pioneering public art projects are not only examples of successful marine conservation, but works of art that seek to encourage environmental awareness, instigate social change and lead us to appreciate the breathtaking natural beauty of the underwater world.