Exploring material language, their connection or disconnection, and their relativity to my chosen concept is my main focus. I somehow extract the most relevant material, symbol or gesture from my chosen subject, which is what I have been deeply affected by.
Website
www.farnoushaminiart.com
Contact email
farnoush8@gmail.com
Contact telephone
+44 (0) 7770603100
Discipline
Conceptual
Digital / Light / Sound
Installation / Land / Site-specific
Political/Religious
Material
Brick/Concrete/Plaster
Ceramic/Clay
Found Objects
Metal (other)
Textile
Region
London 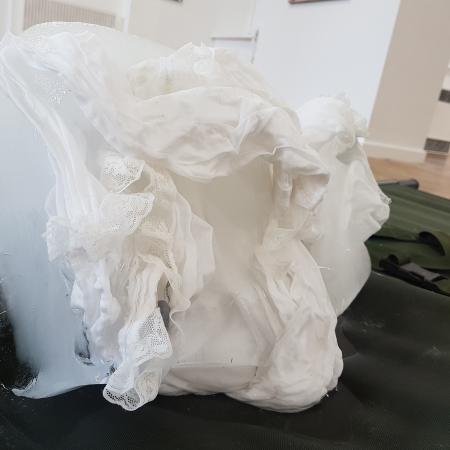 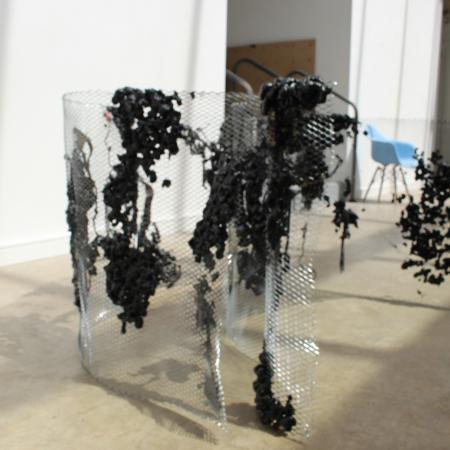 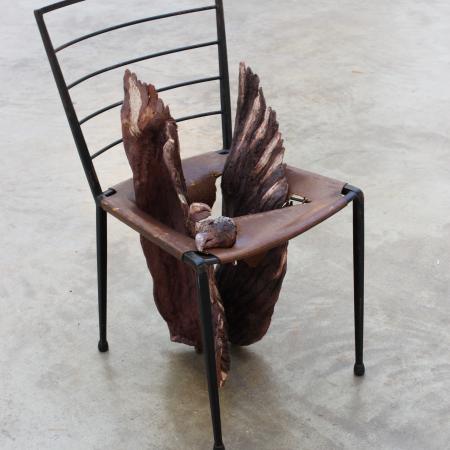 My work has been influenced by my memories from Iran and my experience of the suppression caused by the Islamic Government which came to power after the revolution, eight years of war with Iraq and women's lack of freedom. I extensively research these subjects through documentary footage, articles, and pictures. The battle and tension created between our beliefs and secret doubts have formed the main concept of my practice. I look beyond boundaries created by cultural, religious and political suppression in order to create my own language of temporality in my Installation and performance art practice. By imbedding cultural or religious symbols in my work I try to communicate a hidden message to the viewer and to overwhelm them with a sense of entrapment by taking them to the edge of their tolerance facing implied violence or death. There is a presence of an action in my work, something is about to happen or has just happened. This could create the anxiety of the unknown in the audience, something I have been carrying with me most of my life, perhaps as a result of spending my child and young adulthood years in a fear of the air raids or being warned or arrested by the moral police. My material language encompasses human hair, fabric, metal, clay, ice, feather and ready-made objects, and using these I create tensions and relationships between organic and non-organic matter. The use of minimal materiality and transformation in my work is complex in its simplicity. A simple knot or the noose can change the whole perception of that object. The existence of life and death in the organic material is what I am drawn to. In terms of influences, Doris Salcedo and Parvize Tanavoli have inspired me the most through the way they use material charged with significance and full of meaning to address political issues. Like Salcedo, I transform the familiar object into something unfamiliar, but unlike hers my work is not about remembrance and mourning it is about the injustice of what is happening right now. There is a presence of an absent in Salcedo's work, but in mine there is a presence of a present. Tanavoli’s Bronze sculptures on the other hand are a direct approach of using words or symbols in a philosophical way.

Farnoush Amini MRSS was born in Iran. She graduated from the Art Academy London in July 2019. She lives and works in London. Her work has been influenced by Iran's revolution, war, religion and political situation. Her practice consists of installation and performance art in which she explores different material from organic to man made.

In 2018 she was selected to exhibit at the Espacio gallery and she was also commissioned by Springfield Psychiatric University Hospital in London in the same year. Some of her art works have been bought by a London based art collector.

In 2018 she was shortlisted and won the "People's Choice Award” by Passion for Freedom Art Festival at the La Galleria Pall Mall and The Royal Opera Arcade Galleries in London.

In 2019 she was shortlisted and won the Sheroes Revoluciones Art Prize by Lon-art Creative at the Ugly Duck London.

In 2020 she was selected to exhibit at the Nauvele Vague gallery in Marbella, Spain. She was also elected as a member of Royal Society of Sculptors in 2020.

In 2020 she has had her first solo exhibition by Nouvelle Vague Art Space at Patioo Monoroom in Cadiz, Spain.