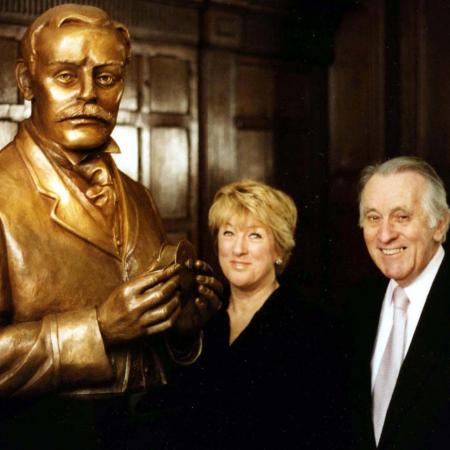 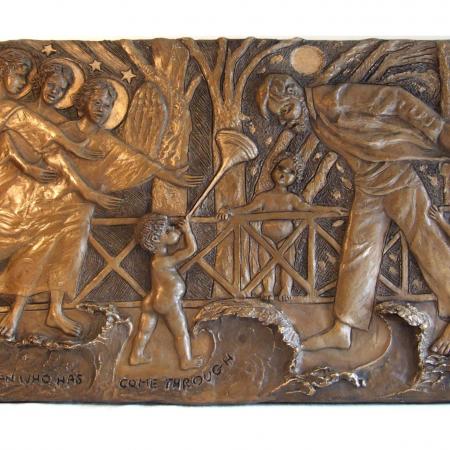 Song of a Man Who Has Come Through (a poem by D.H. Lawrence) 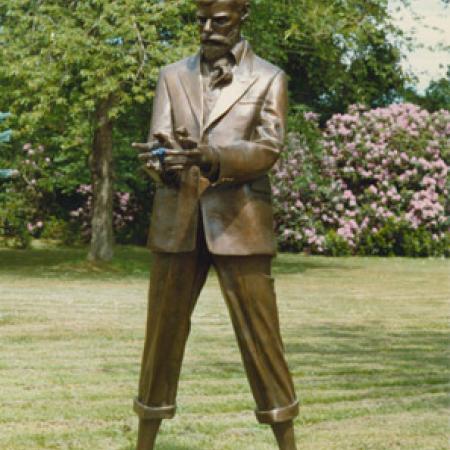 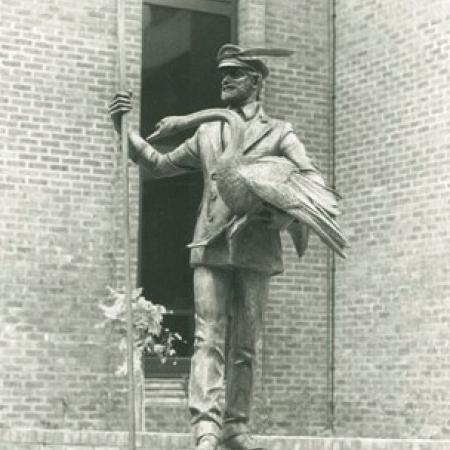 Diana Thomson attended Kingston Polytechnic Sculpture department 1976-9, and was elected ARSS in 1981 and FRSS in 1990. Shortly after leaving art college, she was commissioned to make several large sculptures, one of which “Father and Child”, was shown at the Royal Academy Summer Exhibition in 1982.  Another is a life-size homage to D.H.Lawrence sited at Nottingham University.

Recently, Diana has written and illustrated a book for children, “A Story for the Children of Today”,  with 17 of her own watercolour paintings. She has also written two film screenplays and some poetry.

At the moment Diana is working on some coloured sculpture based on the paintings in her book.

She is a Fellow of the Royal Society of Sculptors, and an Honorary Friend of the British Society of Cinematographers.

Main image - Diana Thomson FRSS with the late Freddie Francis BSC, President of the British Society of Cinematographers, at the unveiling of her bronze of William Friese-Greene, at Shepperton Studios on 15th.January 1999. There are three other busts of William Friese-Greene sited at Pinewood Film Studios, Panavision, Greenford, Middx. and Panavision, California. USA.