'For me, the rendering of realism is craft, the art begins when I destroy it'
From figurative realism to material led abstraction Billie is discovering ways of paralleling the process of making with altered states and adapted minds in a quest to explore what it is to be human.
Website
billiebondart.com
Contact email
billiebond9@hotmail.com
Contact telephone
07778521608
Discipline
Abstract
Architectural/Monumental/Relief
Conceptual
Figurative/Realism
Material
Brick/Concrete/Plaster
Bronze
Ceramic/Clay
Fiberglass/Plastic/Resin
Found Objects
Region
East of England 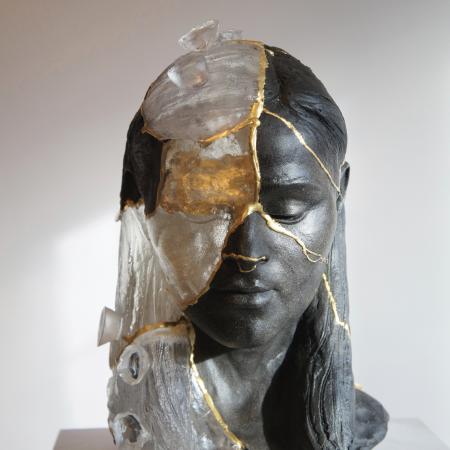 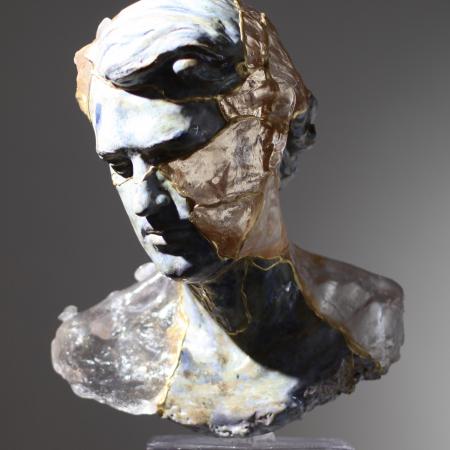 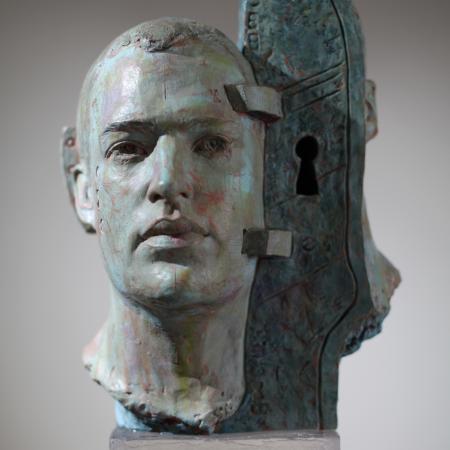 Impositions of Time and Space 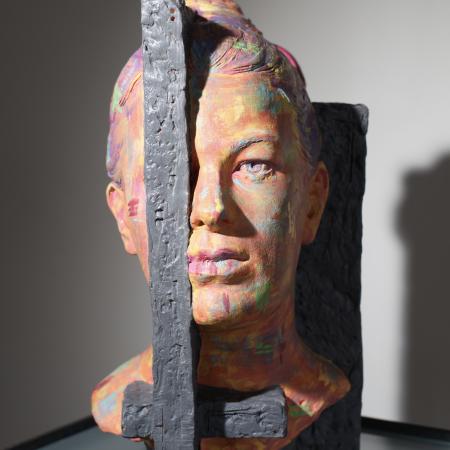 An endless pursuit for equilibrium and compulsive enquiry of matter fuels Billie's creativity, often using a material’s history or experience to lead an investigation.
Billie's work is concerned with identity and a personal obsession of revealing the concealed, exposing the discarded and the overlooked, repairing the broken – exploring ideas of duality.
She tries to translate an inner being through a disrupted surface, creating new and different visual conversations.
Processes of destruction and repair investigate aspects of trauma and healing, rejuvenation and change.

Born in Northumberland in 1965, Billie Bond grew up in Essex and continues to live there now. An early career in nursing gave her an appreciation of human anatomy, which she considers sensitively in her figurative representations.
​Billie gained an MA in Sculptural Practice 2016 and a 1st class Honours Degree in 3D Design 2011 at Colchester School of Art. She was also awarded a research residency at the Henry Moore Institute Leeds.
Billie won the Pure Arts Sculpture Prize in 2013, with the winning piece A Link With The Past being exhibited in a curated space at Saatchi Gallery, London as part of the Strarta art fair. The work is now part of the Birth Rites collection residing at Kings College, London.
After a residency at Chelmsford Museum in Essex, her work A Portrait Of Chelmsford was accepted into the Chelmsford museum's collection. The work, a series of sculptures of local people, represents the cultural identity of Chelmsfordians in 2011. Billie was commissioned by Alan Carr's Chattyman to sculpt a character head of Lionel Richie