Barbara Ash graduated with a Masters degree on the Sculpture programme at the Royal College of Art and was awarded the prestigious Henry Moore Fellowship from the Henry Moore Foundation based for one year at Canterbury College of Art. She has been awarded several Artists Grants from the Arts Council of England.
Website
www.barbaraash.org
Contact email
barbarajash@gmail.com
Discipline
Figurative / Realism
Installation / Land / Site-specific
Other
Material
Bronze
Fiberglass/Plastic/Resin
Found Objects
Mixed media
Textile
Region
South West
International 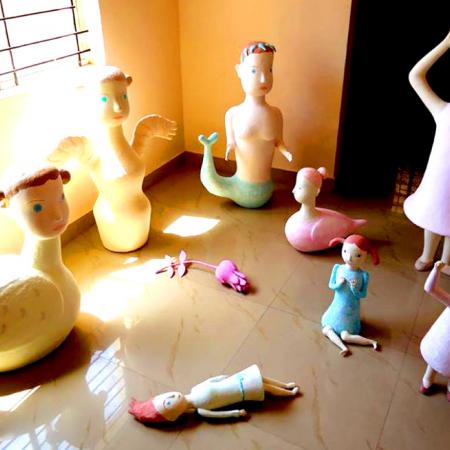 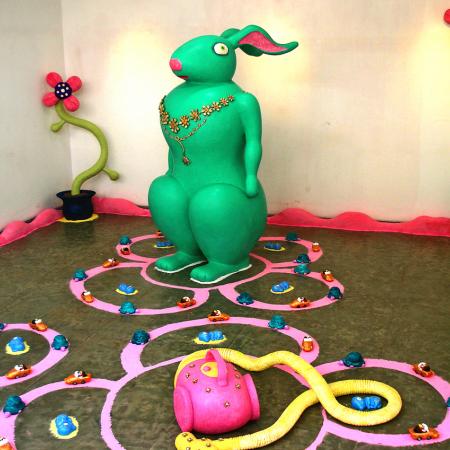 Dance footloose on the earth 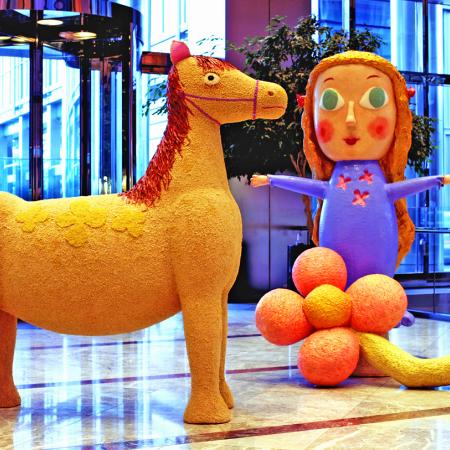 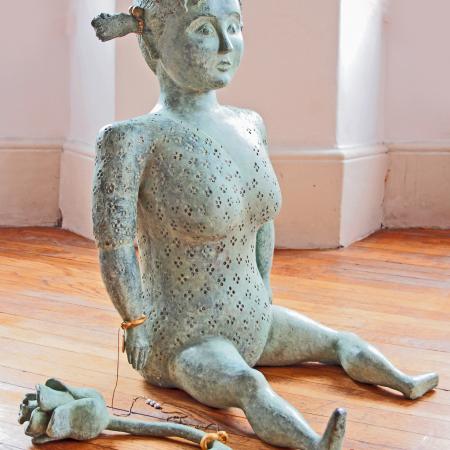 Ash has shown across England and abroad, her work has been presented in solo and curated group exhibitions in U.K, U.S, Europe and Asia. Ash is based in Bristol, U.K, but in 2006 was invited to an International marble carving symposium in Gwalior, Madya Pradesh, Central India; which changed the direction of her life and practice. Since that time Barbara worked on a range of projects/shows in India and had a working base in the Southern city of Bangalore. For the last few years in India she collaborated with Katarina Rasic, a Serbian artist, to project-manage an artist-led initiative "Melting Pot" – an international touring project, showcasing work from 4 women artists in 3 different countries, exploring themes of identity and belonging; connecting artists and galleries from India to Europe.

The project was show-cased at the Serbian Embassy in Belgrave Square and the Indian High Commission in Mayfair where it was kindly inaugurated by the Dean of Fine Art at the Royal College of Art. Settling back in the U.K, Barbara is a sculpture tutor at Bristol School of Art & has her studio on a broads cruiser on Portishead marina next to the Bristol channel, enjoying the cormorants (her favourite bird) fly past as she sculpts :)

"Ash’s work “relates to the atmosphere of old fairy-tales and the kind of children’s stories in which adults rediscover child-like sharpness, truthfulness and innocence as well as gravity. As such, her work can be understood in any culture. The element of naivety in Barbara’s aesthetic belongs to toys, simple utilitarian things or decorations and a dose of kitsch.”

“In a single frame, Barbara Ash juxtaposes objects, figures, patterns and landscapes distanced in time and space, producing new meanings and creating personalised simultaneous narratives. There is a sense of fragmentation and loss, offset by feelings of irony and humour induced by the sometimes incongruous visual pairings.”