Anthony Hawken was born in London. He studied at Medway College of Art and at the Royal Academy Schools, where he won the Bronze Medal and was a Landseer Scholar.
Website
www.anthonyhawken.com/ 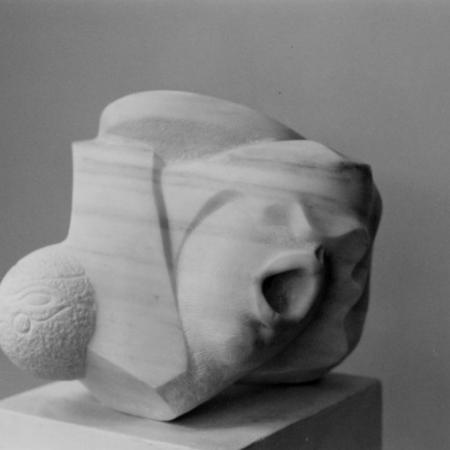 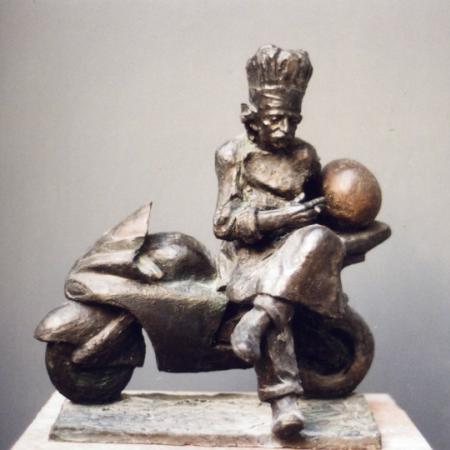 Chef on a Motorbike Smoking 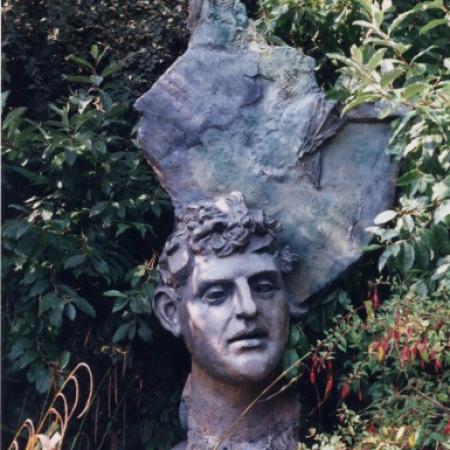 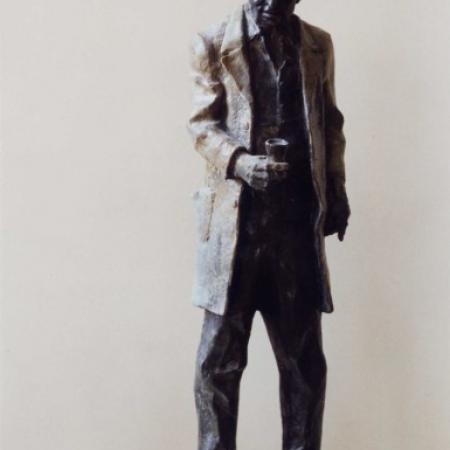 Anthony Hawken is a figurative sculptor working in bronze, marble and stone. He is also a printmaker. Hawken's work is represented in the British Museum, the Victoria and Albert Museum, the National Arts Club, New York, and in public and many private and corporate collections in Britain and abroad, including Harlow New Town, Citibank, Motorola, Charlton Athletic Football Club, and aboard the P&O cruise liner Oriana. Hawken has exhibited widely; The Royal Academy, The Kelvingrove Gallery, Museum Glasgow, Broadgate City of London, and Renishaw Hall Derbyshire, one man shows at The Minories Colchester, and The Royal Institute of British Architects London are but a few.

Hawken is also well known for his many fine portrait busts. Commissions include sitters well known to the public, such as Melvyn Bragg, Nicholas Parsons, and Lord Norman Lamont.