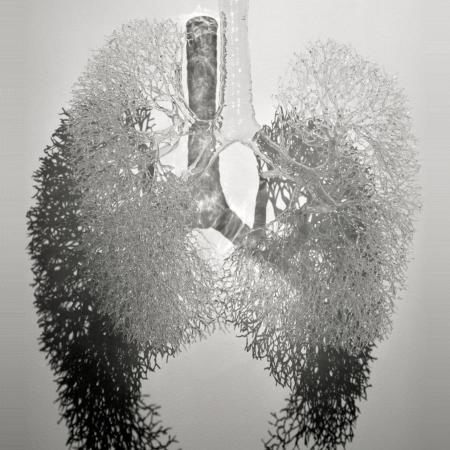 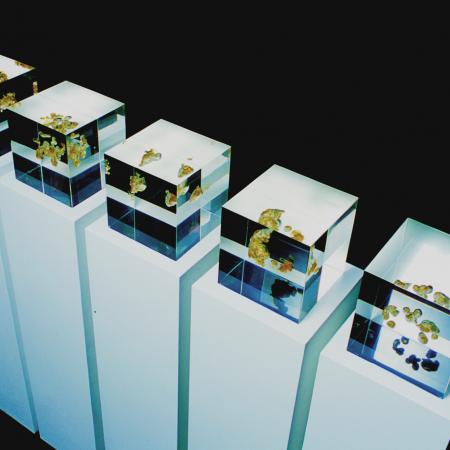 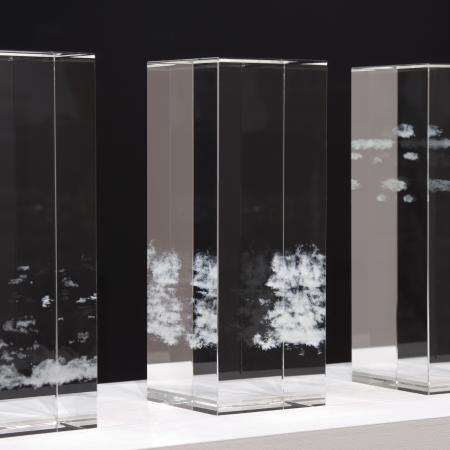 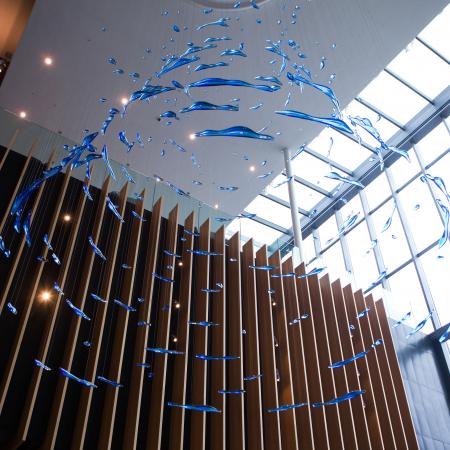 Cattrell was born in Glasgow, Scotland. She studied Fine Art at Glasgow School of Art, and completed MA’s at the University of Ulster and at the Royal College of Art.

Her practice is often informed by working with specialists in neuroscience, meteorology, engineering, psychiatry and the history of science. This cross-disciplinary approach has enabled her to learn about cutting edge research and in depth information in these fields. She is particularly interested in the parallels and connections that can be drawn between art, science and the poetic.

Cattrell’s solo exhibitions include Transformation for the Ruskin Gallery, Cambridge; Fathom, Pier Art Centre, Orkney; Anne Faggionato Gallery, London; From Within at The Faraday Museum at the Royal Institution, London and at the Inverness Museum and Art Gallery.

Her artworks have been shown widely nationally and internationally including in: Medicine and Art (imaging the future for life and love) Mori Museum, Tokyo; Out of the Ordinary at the V and A in London; Not Nothing, curated by MUKA, Antwerp; Invisible Worlds at Freiburg Kunstverein, Germany; The Body, Art and Science, National Museum in Stockholm; Einfach Complex at Museum Gestaltung in Zurich; Paper Cuts, Fredericke Taylor Gallery, New York and On the Edge for the Humboldt University in Berlin.

Her sculpture Sense, was made in collaboration with neuroscientist Professor Morten Kringelbach and is owned by The Wellcome Trust in London. Other artworks are in public collections, these include at The MacManus Art Gallery and Museum, Aberdeen Art Gallery, Edinburgh City Art Centre and Scottish Arts Council. In 2008 she jointly won the International Bombay Sapphire prize.

Cattrell has undertaken many large-scale public art commissions including Echo at the Forest of Dean Sculpture Trail; 0 to 10,000,000 for the award winning Bio-chemistry Department at Oxford University designed by architects Hawkins Brown and Resounding for Oxford Brookes University. Transformation for the Science Centre at Anglia Ruskin University. Recently she was Lead Artist at New Museum Site at Cambridge University, where she completed a public commission Remains to be Seen situated at the Old Cavendish Laboratories and Student Services Building. Currently she is contracted, by University College London, to produce a large-scale public commission for their new neuroscience facility in central London. Please see link to recent press release:https://www.ucl.ac.uk/brain-sciences/news/2020/mar/artist-appointed-ucls-new-neuroscience-facility-grays-inn-road

She has completed residencies and academic fellowships including at: Camden Arts Centre; Australian National University in Canberra; Leverhulme AIR at The Royal Institution of Great Britain; The Royal Edinburgh Hospital; ACE Helen Chadwick Fellowship at Oxford University and at the British School at Rome and AHRC Art, Science and Technology Fellow at De Montfort University where she was Reader in Fine Art from 2014. In 2020-21 she is undertaking a Royal Scottish Academy Artist in Residence hosted at An Lanntair, in the Outer Hebrides, Scotland.

Cattrell has been a tutor at the Royal College of Art since 2000 and has lectured in many art colleges including at: Edinburgh School of Art, University of the Arts, University of Ulster, University of Southern Australia, Alfred University USA and Goldsmith University. She is a Royal Scottish Academician and Fellow of the Royal Society of Sculptors.