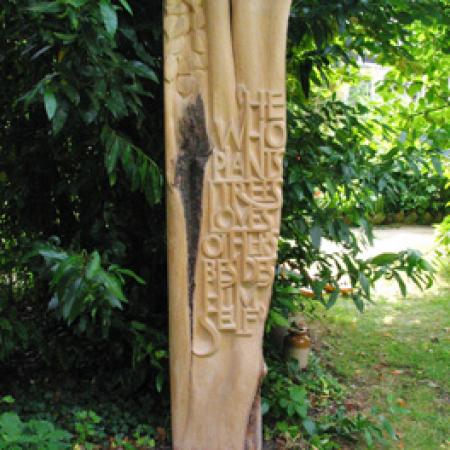 He Who Plants Trees... 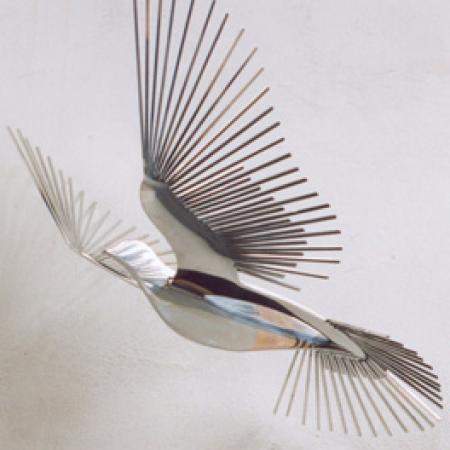 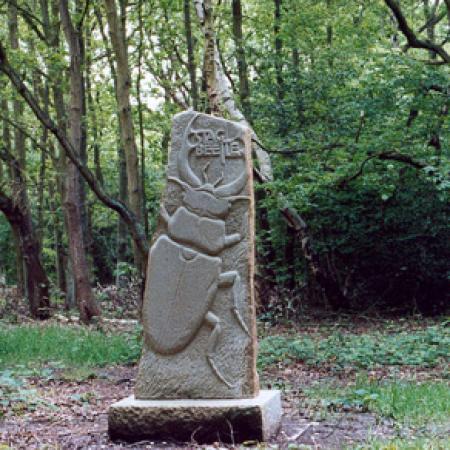 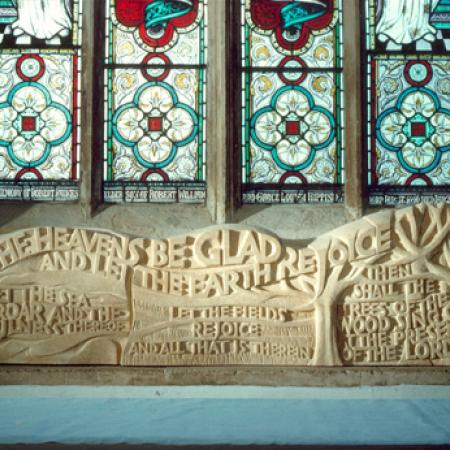 Throughout her career, Godfrey’s practice has been predominantly focussed on sculpture commissions. The first, which came shortly after graduating, was for a large altar in a new church in St Albans. Numerous collaborations with architects followed in England and Ireland. Recent works include eight pieces for a new church in Warrington, comprising a stone altar and font and other works in stainless steel and cast aluminium, and the bishop's throne and Pascal candle for the rebuilt Longford Cathedral, Ireland.

She has won competitions for a large street sculpture in Edmonton, London, for a Millennium sculpture for Stow-on-the-Wold and for the River Stort sculpture trail. She has work in nature reserves and a country park. In these and in the work she exhibits, text is often an important element, becoming an integral part of the sculptural form.