My process-driven practice is an exploration of memory in the context of the digital world via COR-TEN steel and thread sculptures, drawings and performances. Through the transformation of virtual data into tactile forms, I strive to create a new physical relationship with objects and spaces through ritual performance.
Website
alice-anderson.org
Contact email
a.anderson.studio@gmail.com
Discipline
Abstract
Conceptual
Installation / Land / Site-specific
Material
Found Objects
Metal (other)
Steel
Region
London 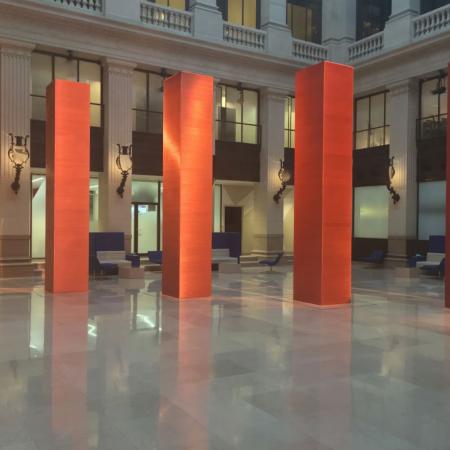 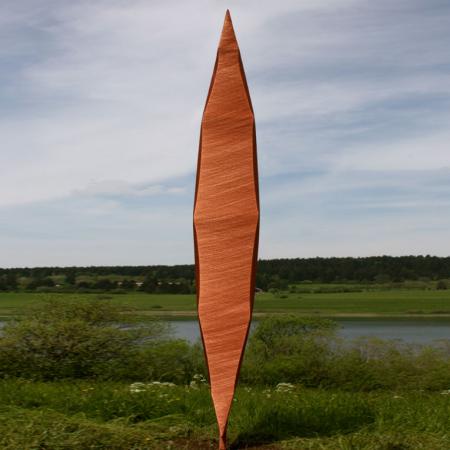 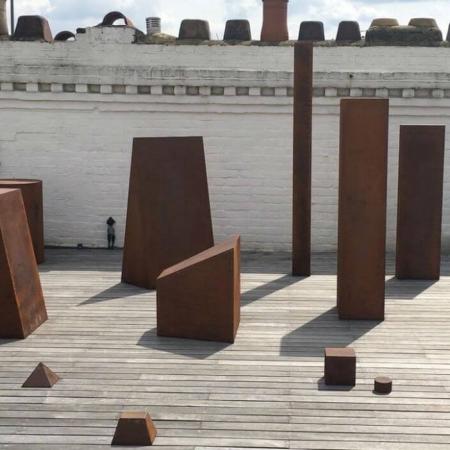 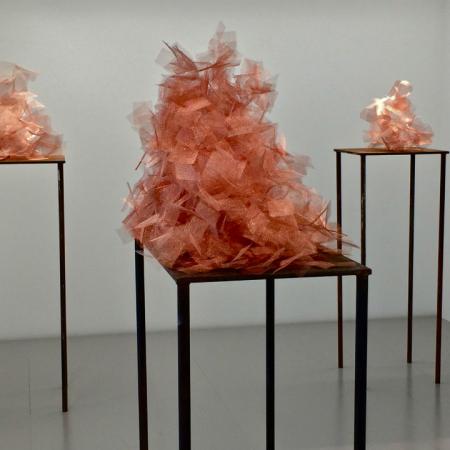 My process-driven practice is an exploration of memory in the context of the digital world via COR-TEN steel and thread sculptures, drawings and performances. Through the transformation of virtual data into tactile forms, I strive to create a new physical relationship with objects and spaces through ritual performance.

I have four primary bodies of sculpture in my practice.

My Architectures Data series makes prevalent use of copper wire, a signature material which originated my fascination with copper wire’s shiny and hypnotic properties, which triggered the thought that copper could represent the connectivity of a digital world and provide a means of ‘memorising’ objects through binding with copper-coloured thread. Abstracting the innards of architecture to its digital nervous system, I began to memorise foundational structures within architecture: replicating, deconstructing and appropriating transitional structures such as stairs, windows and lifts housed within host buildings. Through the process of ‘memorising’ the structures with copper wire, the elements are printed, contorted and displaced, often to points beyond immediate recognition.

I was drawn to extend the application of copper thread from large-scale architectures to objects. I always worry to break or lose an object, therefore I have established rules: when one of the objects around me is likely to become obsolete or is lost in stream of our lives,  I ‘memorise’ it with thread before it happens. The process of winding wire around objects takes me into a meditative and rhythmic space of repetition, with movements akin to dance. I connect with the objects in two ways: first, as a substitute for human interaction and secondly, as a way of recording and charging objects by printing them with the signature of my movement. This body of work is termed ‘Memorised Objects’.

If an object breaks – as opposed to the mere threat of loss which is countered by my process of ‘remembering’, I encapsulate the object in steel, I leave it outside for few weeks until it rusts, then I perform a ritual and when the dance is over, everything is repaired. The broken relation is healed. This body of work is titled ‘Capsules Objects’.

Whilst the memory works are about preservation, the mesh works in my ‘Minimal Gestures’ series are made by cutting up large sheets of copper mesh: when combined with the performance of my intuitive and repetitive gestures, these pieces of mesh automatically reconnect as if they feel the need to reassemble. These works originate in public trauma, representing both literally and metaphorical fences, I imagined the freeing action of cutting through them.