Alan graduated from Duncan of Jordanstone College of Art in 1974. Over the past 36 years he has built an international reputation and is considered one of Scotland's most successful figurative sculptors. he works from his Howgate studio near Edinburgh, Mi
Website
www.alanherriot.co.uk/
Contact email
endeavourartstudios@btinternet.com
Discipline
Portraiture
Material
Bronze
Region
Scotland 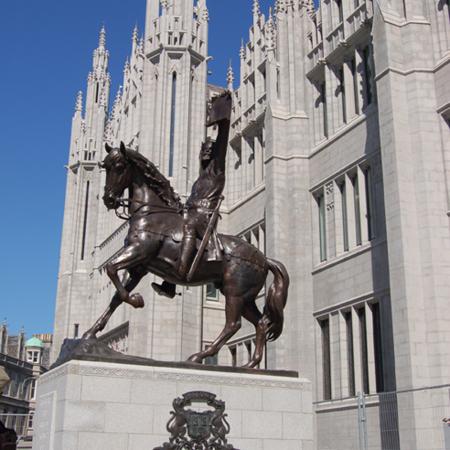 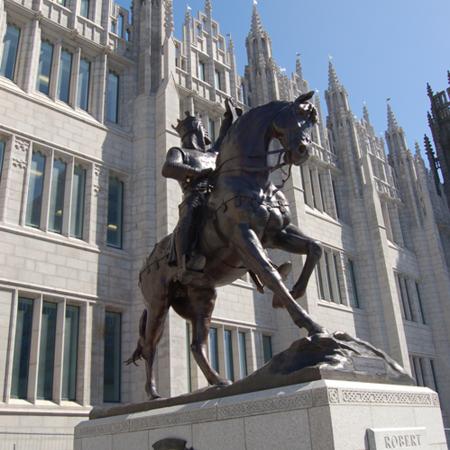 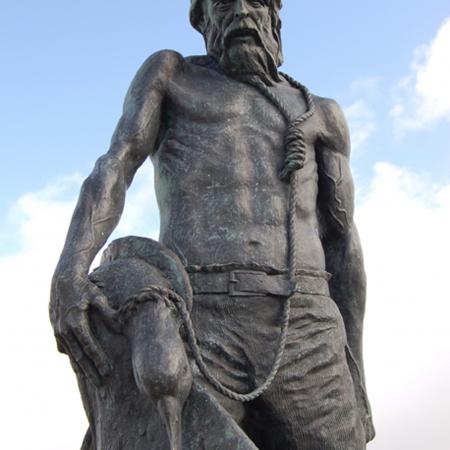 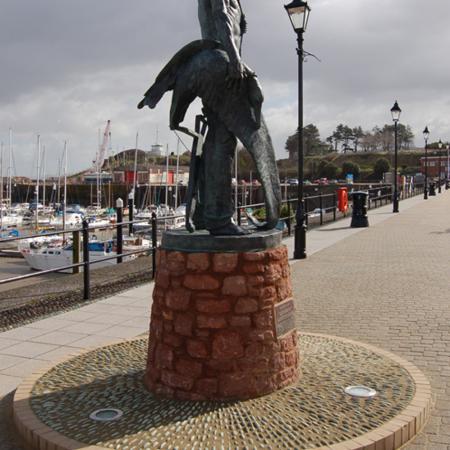 Sculpture in hot bronze and cold cast bronze, life-size, scale models and figurines. Alan Herriot’s sculptures portray characters from history, literature and legend. His sculptural pedigree can be traced back from Rodin, Eduard Lanteri and Alexander Carrick, Scott Sutherland to contemporaries such as Alistair Smart and Dr. Alistair Ross and David Annand.

He has produced work for the major Heritage Conservation bodies, The National Trust for Scotland and Historic Scotland as well as for organisations and individuals in Britain and Ireland, Holland, France and Norway.

His Ancient Mariner and Yankee Jack sculptures are sited at the Maritime Museum, Watchet, Somerset. The Highland Division Piper stands at the entrance to The House of Bruar, in Perthshire. HRH Prince Andrew the Duke of York unveiled a bronze memorial to Bamse, the WWII Norwegian sea dog at Montrose. He has recently completed a large equestrian bronze statue of King Robert the Bruce, which is now sited in The City of Aberdeen.