SCULPTOR, MEDALLIST AND GENEROUS BENEFACTOR OF THE ROYAL SOCIETY OF SCULPTORS

With a vast career all over the world, Cecil Thomas OBE FRBS was an important British sculptor. He is celebrated for his bronze memorials, medal engraving and coin commissions for the Royal Mint. In 1976, he secured the future of the Royal Society of Sculptors by bequeathing to us his home-studio Dora House in South Kensington for use as our permanent headquarters.

Thomas’ career started with an apprenticeship at his father’s engraving workshop. He then studied at the Slade before becoming an independent professional engraver, specialising in gems, and accepting international commissions, including several from the House of Faberge. In 1909, he started regularly exhibiting at the Royal Academy and the Royal Society of Miniature Painters, Sculptors and Gravers, alongside Salons in Paris and shows in the US. In 1912, Thomas created the Oxford Millenary Medal, which exemplified his interpretation of the Arts and Crafts Movement. 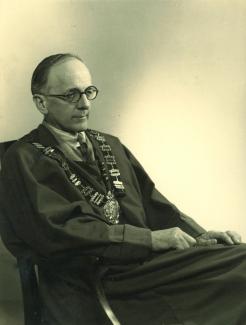 The Great War was to have an enormous influence on Thomas’ work. He served as a Lieutenant and later an Intelligence Officer, responsible for producing detailed, three dimensional maps and models of the local terrain. He then spent time recovering in hospital, becoming friends with Alfred Forster. Upon Alfred’s death, his parents, Lord and Lady Forster, asked Thomas to make a bronze memorial dedicated to him. 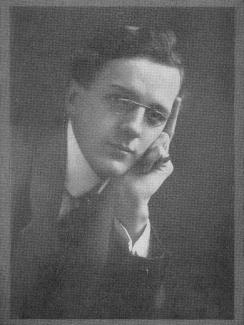 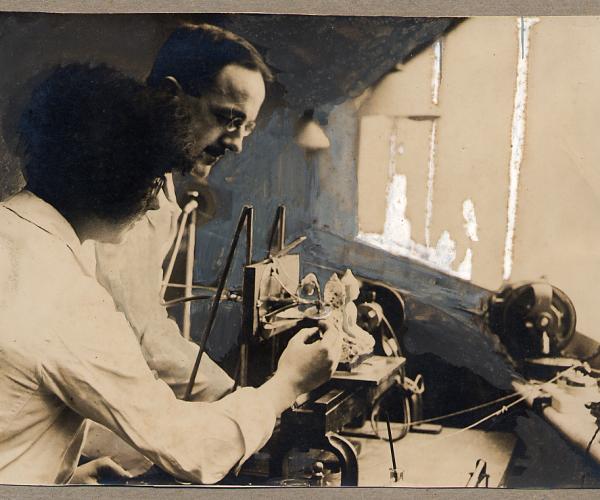 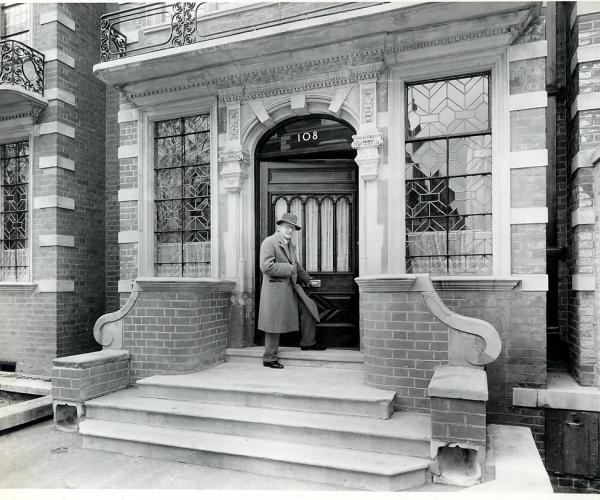 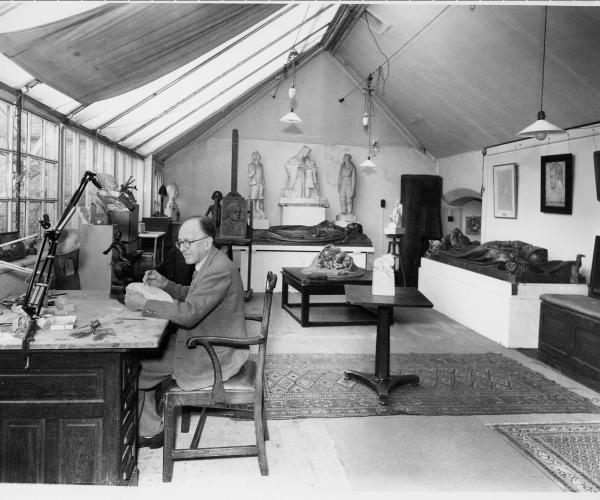 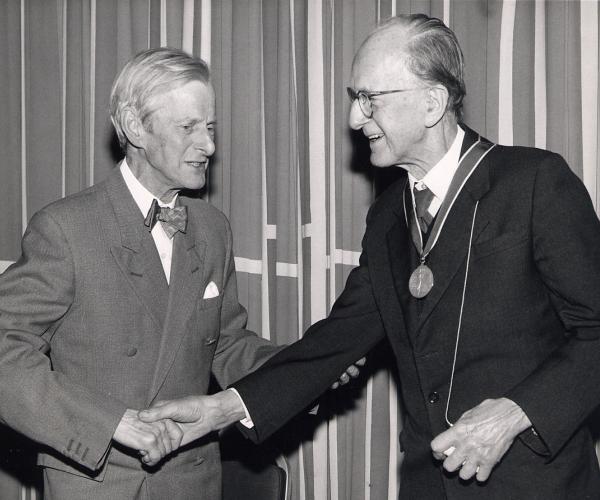 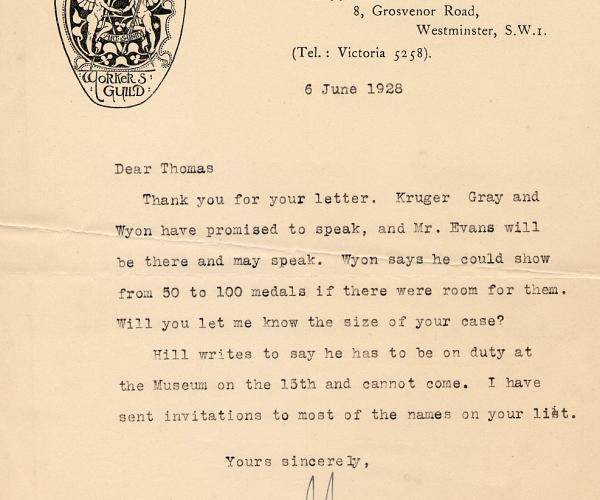 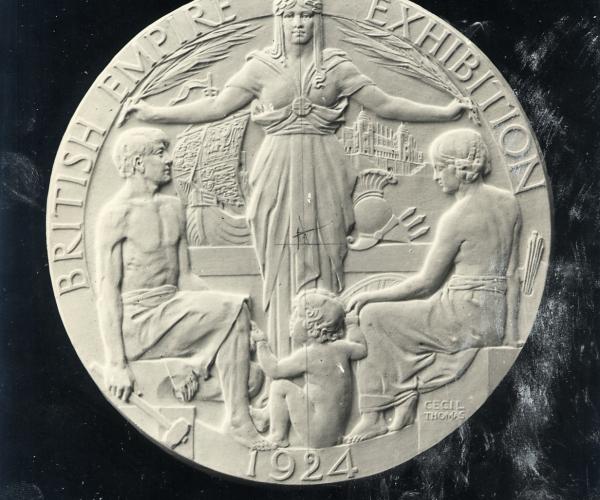 In his unpublished autobiography, held in our archive, he explains that he sought to “bring consolation to the many who were bereaved by trying to convey in bronze the immortality of the soul”.

He was made a fellow of the Royal Society of Sculptors, became Master of the Art Workers Guild and was later awarded an OBE.  He went on to receive many commissions from the Royal Mint for coins and medals.

Since 1919, Cecil Thomas had lived and worked at Dora House, with his wife and son. He  loved the house and was responsible for the careful restoration of the front elevation. He set up the Dora Charitable Trust, named after his wife (she died in 1967), to protect the long-term future of the house and to fulfill the family’s generous intention to make the house and studio available to the Royal Society of British Sculptors, as it was then called, as it had had no permanent headquarters since its foundation in 1905. The Society has called Dora House home ever since.

Cecil Thomas' archive is held by the Royal Society of Sculptors.

2019 marked the 100 year anniversary of Thomas’s tenancy at Dora House and the beginnings of a career influenced by the Great War, through which he aspired to ‘bring consolation to the many who were bereaved by trying to convey in bronze the immortality of the soul'. Cecil Thomas: Soldier Sculptor examined Thomas’s first-hand account of the First World War and his contribution to its successes and commemoration through a variety of activities that exploref and sharef his unique archive.

Elements of Thomas’s archive relating to the First World War have been re-packaged into conservation-quality materials to protect them long-term. A full transcription of the chapters of his autobiography relating to the war is now available to read and download:

An illustrated essay has also been created, which features passages from Thomas’s autobiography and digitised images of the original pages. This text also touches on the role the Society played in promoting, guiding and facilitating the creation of war memorials around the UK.

There is further information about the Society's work in this area within our Annual Reports from 1919 - 1925 and 1929, and in the foreword to our 1931 ‘Exhibition of Small Works by British Sculptors‘ held at the Waring and Gillow’s Gallery in London and visited by the Queen.