Erica Lee (1888-1981) was born in Prestwich, Manchester. She studied art under Edwin Withney Smith (1880-1952) and Sir William Reid Dick (1878-1961), and exhibited at both the Royal Academy and the Paris Salon, where she received an Honourable Mention in 1930. Lee became an Associate member of the Royal Society of Sculptors in 1938 and was elected a Fellow in 1948. She exhibited at the Royal Academy summer exhibition over thirty times between 1920 and 1960, as well as at the Royal Scottish Academy exhibition and the Society of Women Artists. Her works include the gravestone of Sydney Lee RA (1866-1949) and his wife Edith Mary. Sydney Lee was Lee’s father Walter’s cousin. 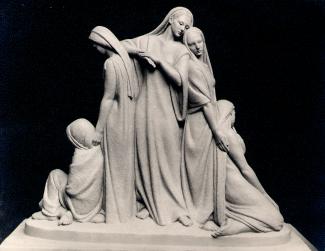 Erica Lee’s membership file in the Society’s archive reveals how Lee networked with some of the other early female sculptor members. For instance, she knew Joyce Bidder FRBS (1906-1999) and mentioned Rosamund Mary Beatrice Fletcher FRBS (1914-1993) in her will. After her death in 1981, Lee left over 30 terracotta and plaster sculptures to the Royal Society of Sculptors, to be auctioned off to raise funds for the Society's archive. 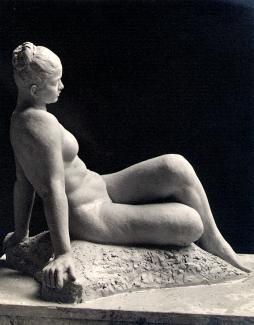