Anne Acheson CBE FRBS (1882-1962) was the first female Fellow of the Royal Society of British Sculptors, receiving the honour in 1938. Her application proposed by Sir William Reynolds-Stephens and seconded by Phoebe Stabler.

Acheson's bespoke sculptures had long been popular in country houses and gardens, and her work exhibited at the Royal Academy. However, it was her achievements during the First World War that are her most enduring legacy. 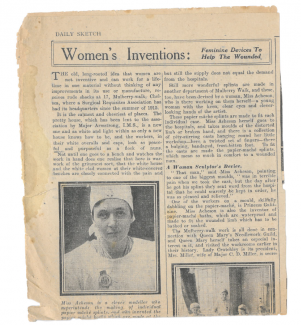 Anne Acheson's archive is held by the Royal Society of Sculptors. 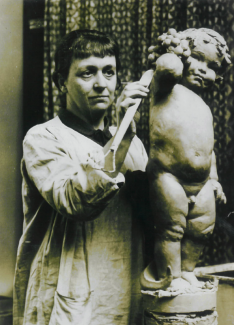