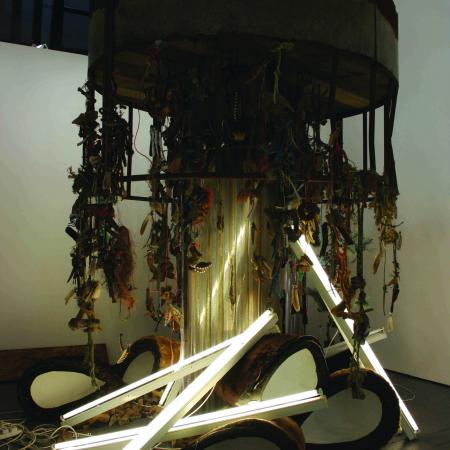 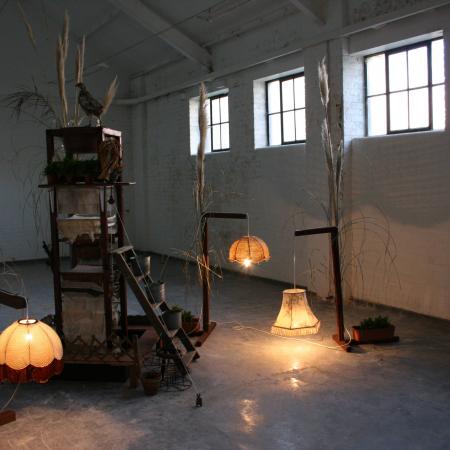 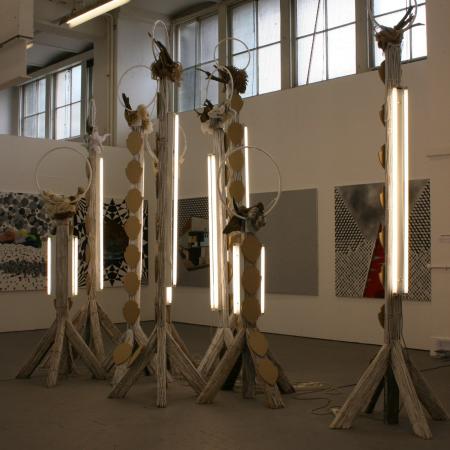 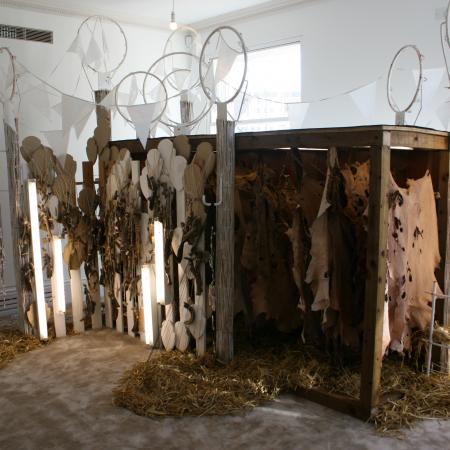 Surridge was awarded The Dolbey Scholarship for Art and Travel in 2010 and was a finalist of Saatchi’s New Sensations competition 2010. Her most recent solo, Voo-dology was at EB&Flow during Summer 2011. Other solo shows include exhibitions at Riverside Studios (2010) and The Hospital Club (2011) Previous group shows include Saatchi New Sensations/House of the Nobleman at Cornwall Terrace (2010) and Since Tomorrow at EB&Flow (2011).