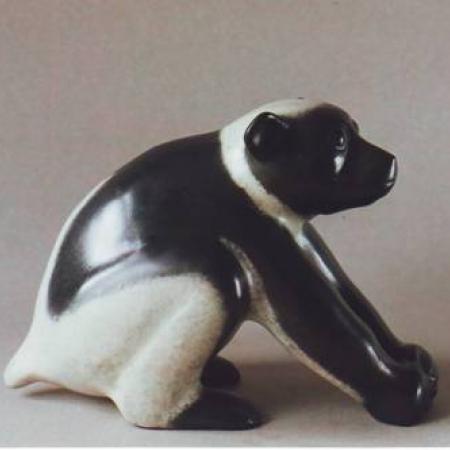 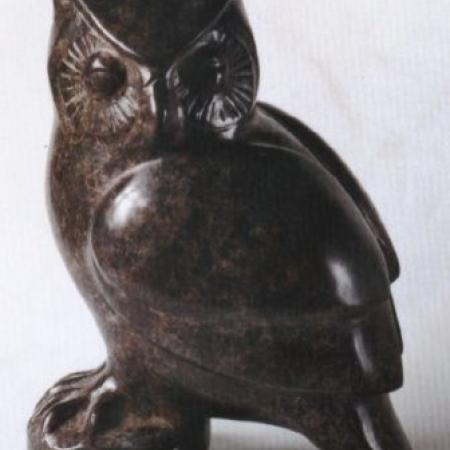 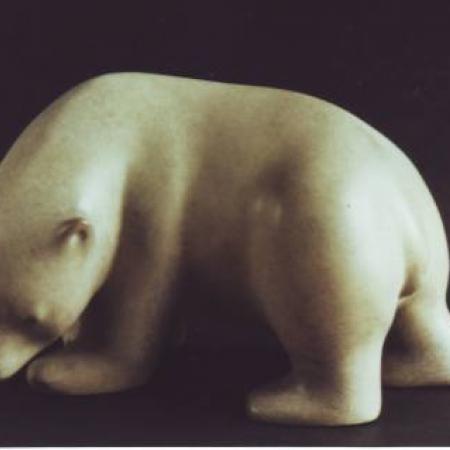 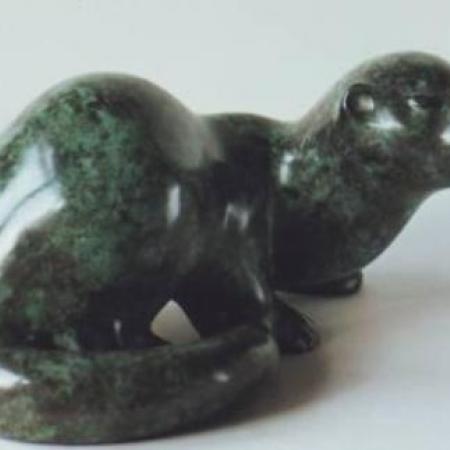 Produces simplified polished animal forms aimed to be instantly recognisable in spite of elimination of all detail.  Early carvings were in ornamental hardwoods, but she now carves in soapstone and alabaster.  Since 1987 all her works have been cast by Pangolin Editions;  some of the bronzes are patinated in two contrasting colours.  Her work has been exhibited by the RA several times.  Currently it is shown by several private galleries (e.g. Curwen, Jerram, Sinfield, Martin’s, Pangolin, Russell Gallery and Wykeham Gallery).